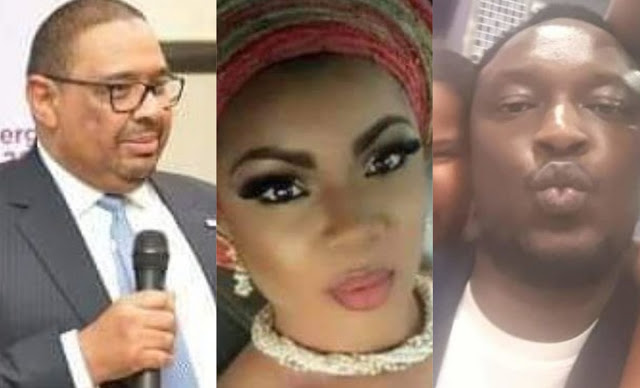 The petition, initiated on Wednesday, claimed that the FCMB MD was responsible for the demise of Tunde Thomas, said to have died of depression on December 16.

According to the petition, the FCMB MD allegedly had an affair with Moyo Thomas, the deceased’s wife, resulting in two children.

It alleged that Moyo had informed Tunde that she was leaving Nigeria for the United States with the kids only to call him upon arrival that the children do not belong to him. Tunde Thomas was a staff of FCMB alongside his wife Moyo.

The petition initiated by a group called Justice for Tunde Thomas and addressed to CBN Governor, Godwin Emefiele, CBN governor, and the FCMB’s board, described the case as “an unjustifiable economic oppression by the elites against the less privileged in the society.”

Recall that Adam Nuru was recently accused of engaging in fraudulent activities where he was alleged to have laundered N573 million for suspended chairman of the Economic and Financial Crimes Commission (EFCC), Ibrahim Magu. The story according to the group read:

“Tunde Thomas died recently like about a week or two from depression. Apparently, kids from his marriage to Moyo Thomas belongs to wife’s boss (Adam Nuru, the current MD of FCMB). Moyo Thomas left Tunde to go to America with the kids, she told him kids were not his when she got to America. He (Tunde) was later down with stroke but recovered.

“Apparently, Tunde met someone else he was going to remarry but apparently didn’t recover from the first Marriage issues. Tunde was just made director for the MFB he works for. Got back from work last week and had a cardiac arrest 2 days before introduction to pregnant new girlfriend.

“This is a case of gross misconduct based on ethical grounds and an unjustifiable economic oppression by the elites (Adam Nuru) against the less privileged in the society.

“The Managing Director has been doing everything possible to sweep this case under the carpet. We implore the Central Bank of Nigeria as the apex regulator and the board of FCMB to investigate this for the integrity of the bank and Nigerian banking industry. This is a case too many, while I agree that this is not the full story, the minimum will be an investigation into this unethical conduct by the current MD of FCMB Bank Adam Nuru”