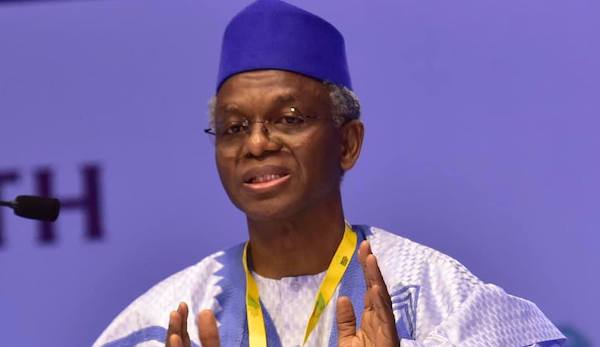 The Kaduna State government led by Governor Nasir El-Rufai has been commended by the Supreme Council for Shariah in Nigeria for demolishing the alleged venue that was billed to host a sex party in the state.

He added that the government’s action will further send a signal to criminally minded persons that all forms of immoral and indecent acts are not permitted in the society.

The statement read in part, “Allah (SWT) stated categorically in Suratul Hajj verse 41, thus: “Those who, when We empower them in the land, observe prayer, and give regular charity, and command what is right, and forbid what is wrong. To Allah belongs the outcome of events.”

“In line with this verse, the council, as an advocate of moral and social values, commends the steps taken by the Kaduna State Government on the arrest of the organisers of the Satanic so-called “Kaduna sex party” and the demolition of Asher Hotel at Barnawa, Kaduna.

“No doubt, this kind of illicit act is one of the ingredients that is fueling the wrath of Allah (SWT) that we are inflicted with currently. The current merciless bloodletting through banditry, kidnappings, armed robbery, and a host of other vices, are as a result of our derailment from ideal moral and cultural values.

“While we commend the Kaduna State Government for this commendable act. We also call on the government to scan for such places where illicit acts are perpetrated in the state, such as ‘Ajagunle’ area, off Maiduguri Road, in the Kaduna North Local Government Area, where ‘nude’ clubs do exist.

It will be recalled Naija News earlier reported that the Kaduna government demolished Asher Hotel, the alleged proposed venue for the sexy party that never held but stirred a barrage of reactions earlier on social media.

Governor El-Rufai also commended the state Police Command for arresting the organizers of the maiden edition of a sex party in the state.

The development was disclosed in Kaduna on Wednesday, December 31 by the Special Assistant to the governor on Media, Abdullah Yunus.

Yunus stated that the condemnable event which was scheduled for December 27, 2020, at an undisclosed venue in the state capital had been cancelled and the culprits would be prosecuted.

According to Kaduna State Urban Planning and Development Authority, KASUPDA, in a tweet on its official Twitter handle on Thursday, Asher Hotel which is located in Barnawa Kaduna South is the proposed venue for the Kaduna Sex Party, adding that the hotel was also caught contravening the Covid-19 guidelines of the state.