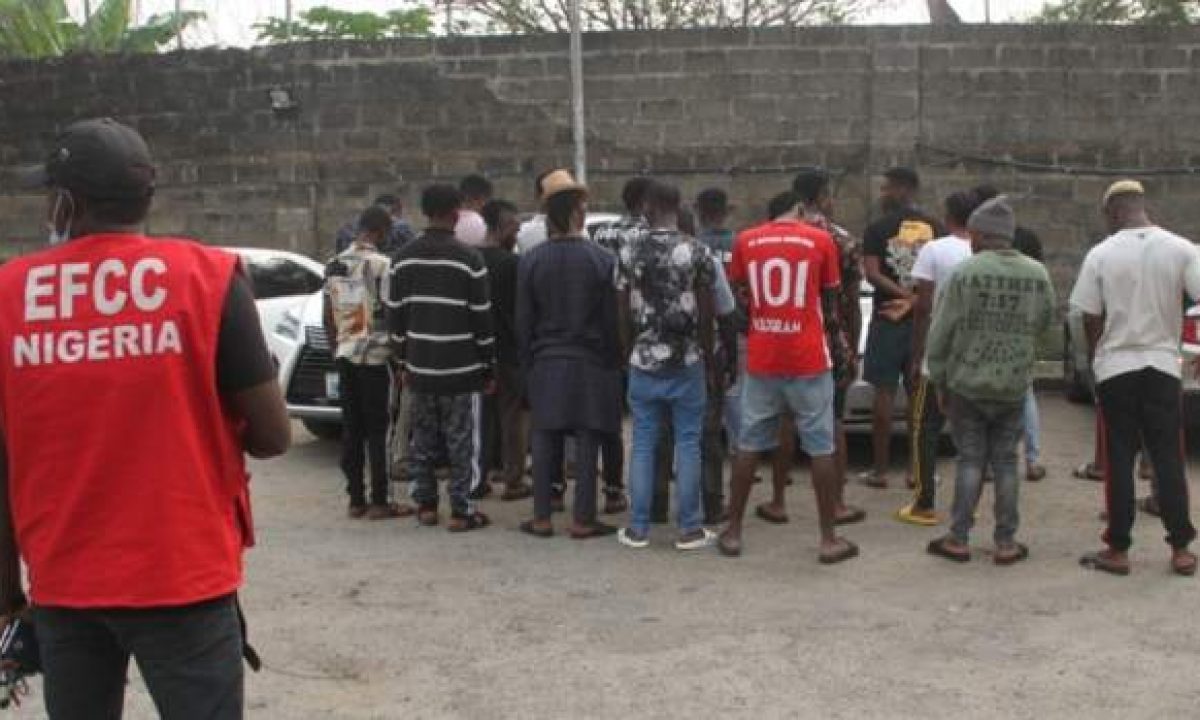 Officials of the Economic and Financial Crimes Commission, EFCC in Lagos State have arrested 21 people on suspicion of internet fraud.

The EFCC said it arrested the men during a raid early Wednesday morning after receiving some confidential information about their activities.

Following the arrests, the police confiscated 12 vehicles used by laptops and mobile phones.

The EFCC has said it will charge them in court as soon as it completes its investigation.

In another news, the Chief of Army Staff, Lt Gen Tukur Buratai, on Friday, noted that the Nigerian Army will disgrace the Boko Haram in 2021.

Buratai stated this during an event to usher in the 2021 New Year at the T.Y. Buratai Institute for War and Peace, in his native Biu Local Government Area of Borno State.

He took the opportunity to charge troops to take up their responsibilities as Nigerians believe in them and what they can do.

READ  PHOTOS & VIDEO: Police Harassment: Arrested Officers Paraded For Assaulting Young Man Who Refused To Unlock His Phone For Them
Share this Post[?]