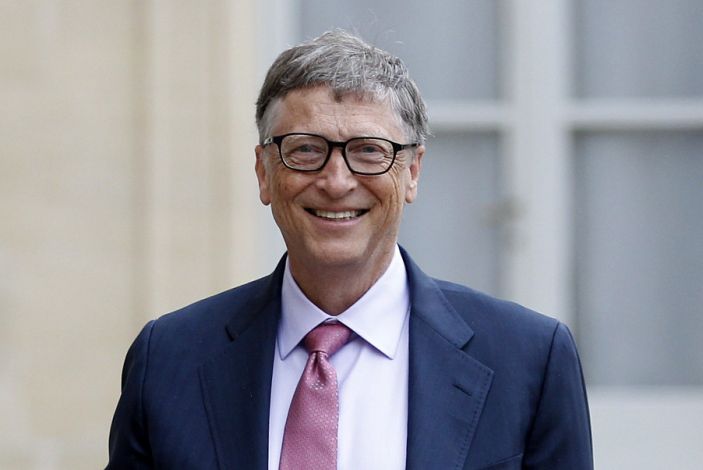 The founder of Awaiting The Second Coming Of Christ Ministry, Pastor Adewale Giwa has accused Bill Gates of preparing the way for Anti-Christ to take over the world.

Bill Gates, a co-chair of the Bill and Melinda Gates Foundation (BMGF), had expressed concern over the minimal level of COVID-19 infection in Africa.

The philanthropist and American investor in the health sector in his end of the year review on Gates Notes said he was happy with the low prevalence of the disease in Africa as against his prediction.

He said: “One thing I’m happy to have been wrong about—at least, I hope I was wrong—is my fear that COVID-19 would run rampant in low-income countries.”

“So far, this hasn’t been true. In most of sub-Saharan Africa, for example, case rates and death rates remain much lower than in the U.S. or Europe and on par with New Zealand, which has received so much attention for its handling of the virus.”

Speaking to his members in his church in Akure, Pastor Giwa said the agents of Lucifer are working tirelessly to weaken the church.

He said, “Just like John the Baptist who prepared the way for our Lord Jesus Christ so also Bill gates is preparing the way for Antichrist.

“They are working tirelessly to frustrate the children of God from gathering and praying to Jehovah. It’s just unfortunate that the church is now being surrounded by ministers who have little faith.

“They serve God with their lips but their hearts are far away from God. If not, they wouldn’t have succumbed to pressure by the government that does not know God.

“Many of you read that a Tanzanian president refused to close churches during the outbreak of coronavirus in March.

“Those who are trying to frustrate our lives shall gather to scatter, except God allows their plans to stand.

“They are curiously waiting for January 20 before they begin their operation fully, but God is greater than whatever plans they have against humanity.”