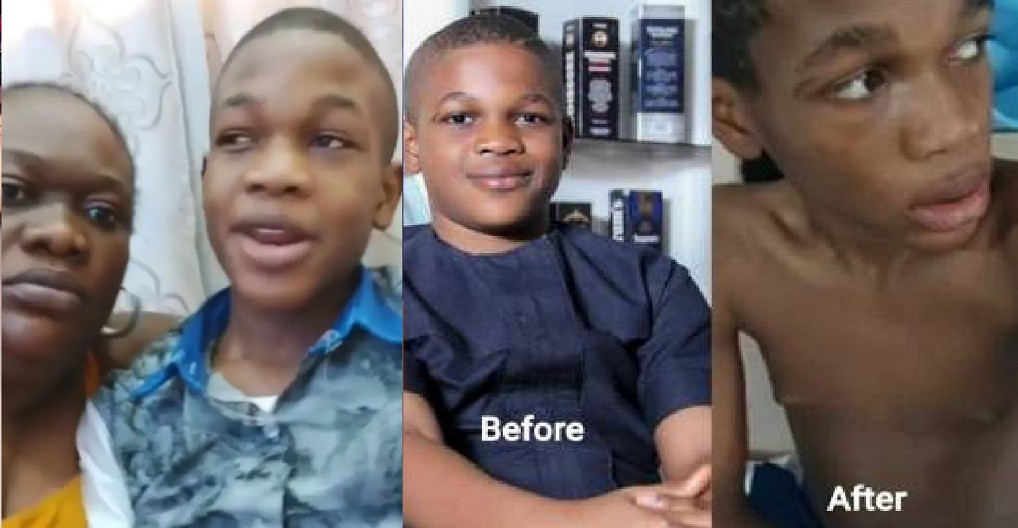 A teenage boy who was sexually assaulted at the Deeper Life High School has shared the sad experience.

According to him, he was assaulted by some senior students and a teacher.

It would be the first time Archibong would be speaking publicly about what happened to him.

He narrated how pupils in his dormitory sexually assaulted him by putting their hands in his anus whenever others were sleeping.

Archibong added that the two bullies threatened to kill him if he ever reported the incident to the school authorities.

The pupil stated this during a Facebook video live session on Saturday.

The 11-year-old boy explained that because he was a bed-wetter, he was allegedly assaulted by his teacher, whom he identified as Akpan, saying he beat him with a belt, stick and stones.

He said, “He beats me with anything he sees. Mr Akpan beats me because I wet my bed. One day that Mr Akpan was beating me, Mr Michael came to ‘bail me’. Mr. Michael asked me if Akpan wanted to kill me, Mr Akpan said he didn’t care.”

Archibong added that the same Akpan sent him back to the hostel whenever it was time to eat so that he would starve.

“Mr Akpan sends me to go back to the hostel to get something. It’s a way of starving me,” he added.

The young boy said he usually bought biscuits and soft drinks from the shop at the hostel to satisfy his hunger.

He said, “When I just resumed in school, I was asked to go to Senior Secondary School 1 Dormitory. There were two boys there, Ola and Shalom; they put their hands in my anus, brought out faeces from there. It made me feel somehow and they used the hands to beat me. They ask me to bend (over) so they could put their hands in my anus. They did it by 12am when everybody was sleeping.

“They told me not to tell anybody or they would kill me so I never reported it. The house master didn’t know they did this; he would be asleep. If I had told the vice principal, they would have killed me.”

Archibong’s mother, Deborah Okezie, had gone public to announce that her child was allegedly assaulted and molested in the school and that even after the school authorities received complaints about it, nothing was done about it.

There have been calls for proper investigation and justice by Nigerians, particularly on social media.

The management of the school in December announced the suspension of the principal of the school, Solomon Ndidi, over the alleged molestation of Archibong, adding that investigation into the incident had commenced.