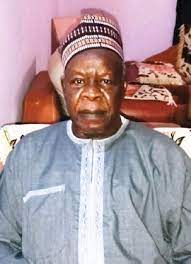 “Innalillahi wa inna ilaihin rajiun, I lost a part of me that can never be replaced. May Allah swt forgive your sins n grant you janna.”

The former Nigeria presidential candidate died in the wake of Tuesday, January 5, 2021, at his resident in the Adamawa State capital, Yola.

Reacting to his demise, Suleiman Yerima, said he was with the Sarkin Gabas Adamawa and Waziri of Garkida (Birma) on Monday afternoon and that he was fairly well before his death.

Birma had once aspired to lead the nation after he contested under the defunct All Nigeria Peoples Party (ANPP).