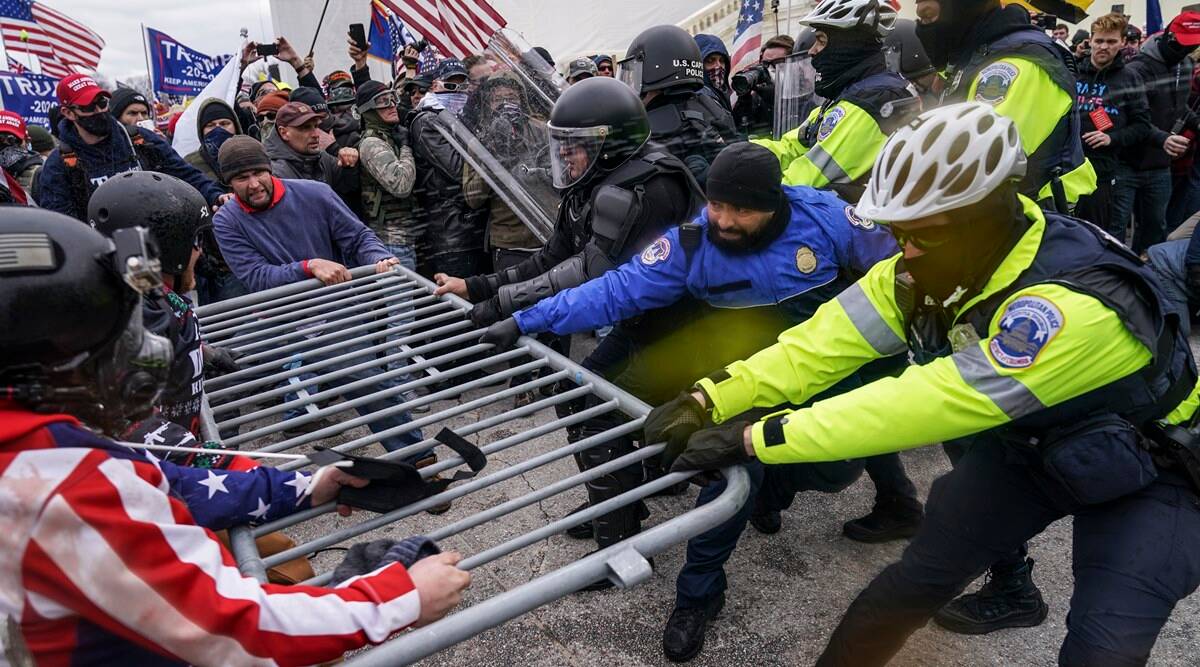 In a late night news conference, Metropolitan Police Department Chief Robert J. Contee said 47 of the 52 arrests to date were related to violations of Mayor Muriel Bowser’s 6 p.m. curfew, with 26 of those involving people arrested on U.S. Capitol grounds.

Several others were arrested on charges related to carrying unlicensed or prohibited firearms.

In addition, Contee said, two pipe bombs were recovered from the headquarters of the Republican and Democratic national committees, as well as a cooler from a vehicle on U.S. Capitol grounds that contained Molotov cocktails.

Contee declined to identify the woman a Capitol Police officer shot and killed, saying next of kin notification was still pending.

Three other people also died on Wednesday because of medical emergencies, he added, and 14 police officers were injured – two of whom remain hospitalized.

It was not clear if other federal or local police agencies, including the Capitol Police, had made additional arrests.

While the number of people arrested is expected to grow, the initial number pales in comparison to the more than 300 people who were arrested by police following the June 1 protests in the district related to the police killing of George Floyd.

In that incident, baton-swinging police and federal agents fired smoke canisters, flashbang grenades and rubber bullets to drive protesters farther from the White House, enabling President Donald Trump to walk across Lafayette Park and hold up a Bible in front of St. John’s Church.

READ  Death penalty to be expunged from Hate Speech Bill

While police faced staunch criticism for being too aggressive at Lafayette Square, however, the Capitol Police are now facing questions about why they did not do more to secure the Capitol and let many of the rioters later exit the building without arrests.

Bowser, the mayor, said police intend to ask the public for help in identifying rioters, many of whom posed for photos inside the Capitol and can be seen in viral videos on social media without face masks.

“We will be on the lookout,” she said. “Some of them, we think … have to be held accountable for the carnage.”

Late on Wednesday, the FBI also asked the public to submit tips, such as images, videos and other information to help agents identify people were “actively instigating violence.”

Bowser also extended a public emergency declaration for 15 days, an action she said will allow her to restrict peoples’ movements around the city if necessary.