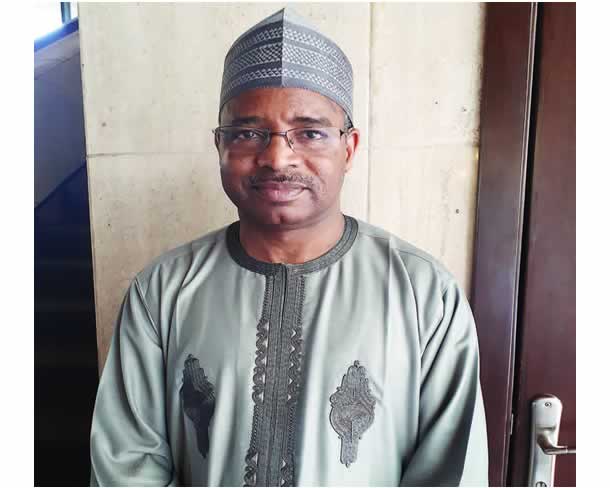 Besides, he said the ongoing enrollment into the National Identity System has nothing to do with the second wave of COVID-19, as the exercise had been on before the pandemic.

He told The Guardian in Abuja, yesterday, that NIMC has adequate equipment and up to this moment, the organisation has not utilised it to full capacity and the strategy now has changed completely.

Aziz stated that part of NIMC’s mandate is to harmonise and integrate part of the existing databases and so far, only 15 million BVN that has been harmonized with NIN.

“So, if you have your BVN and you were captured, what you need to do is to go our website and update your record and then you would be issued the NIN,” he said, insisting that the enrolment exercise has not been suspended.

He recalled that Subscriber Identification Module (SIM) registration has been ongoing since 2008, but that improper SIM registration remains an issue.

“Wherever there is a crime, a SIM is always related in solving those crimes. That is why government wants this done, and to make sure that that is done, government always reminds the telecommunications companies, even last year, that that must be done.

“You also find out that unregistered SIMs were being sold and used for crimes, hence the exercise is very important, and that is where the linkage comes in, because by law, it is only NIN that is the token for identity.”

According to Aziz, COVID-19 measures put in place during enrollment have been effective, noting: “The measures have been with us in Nigeria since March last year and we are expected to stick to those measures.

On the ongoing strike by workers of the organisation, Aziz said: “As an old organisation, we have the standard protocol on going on strike, but this time around, the protocols were not followed. There was no notice whatsoever, so NIMC, being a responsible organisation, cannot sit down and allow those things to happen.

“As we speak, the management committee is engaging the union, and personally too, I have been engaging the top leadership of the union and all of them have promised to look into the matter, so that they go back to work as soon as possible.”

Following a meeting with the Federal Government, the workers, under the aegis of Association of Senior Civil Servants of Nigeria (ASCSN), NIMC Branch, yesterday, suspended the industrial action on Thursday over poor funding, inadequate equipment and fear of COVID-19 spread in the agency after government agreed to addressed their demands.

President of ASCSN, Lucky Michael, who confirmed the development, said members across the country were being contacted to resume work by Monday and continue the enrolment of citizens for NIN.

A source in the Federal Ministry of Communications and Digital Economy, who spoke on the condition of anonymity, told The Guardian that the Minister, Dr. Ibrahim Isa Pantami, was doing everything to ensure the issues raised by the workers are addressed.

Meanwhile, Yoruba socio-cultural group, Afenifere, has faulted the Federal Government over the exercise in the midst of the second wave of COVID-19 pandemic.

In a statement yesterday, Afenifere’s National Publicity Secretary, Mr. Yinka Odumakin, decried the development, saying the decision to expose them to the vagaries of coronavirus without any form of protection under present terrible conditions shows total disregard for the lives of citizens.

According to Afenifere: “Officials of the NIMC, who are currently on strike, have also complained that they have not been provided personal protective equipment (PPE) and their allowances are not being paid.

“It is so barbaric and archaic that Nigerians are being exposed to these dangers, which shows lack of critical thinking in leadership, when bodies like Google and others, could have managed whatever information on people’s phones without having any contact with the owners.”

The group challenged the Federal Government to respond to the allegation by the president of ASCSN (NIMC Branch) that the virus had already been detected in three officials at the agency’s headquarters.

He said the workers were annoyed because the management was aware of the development, but kept it from staff, who could have taken necessary precautions to protect themselves.

NIMC office in Ikeja, Lagos was deserted after staff commenced the strike action. Before then, many Lagos residents had assembled at the entrance with the hope of being enrolled for the National Identification Number (NIN).

As a result of the action, many of them gradually left, especially as officers of the Nigeria Security and Civil Defence Corps (NSCDC), whose Lagos Command shares the same premises, demanded that those waiting should leave.

Across the country, the exercise appears to be on hold, as those wanting to enroll into the system stayed off NIMC offices ostensibly due to the strike.