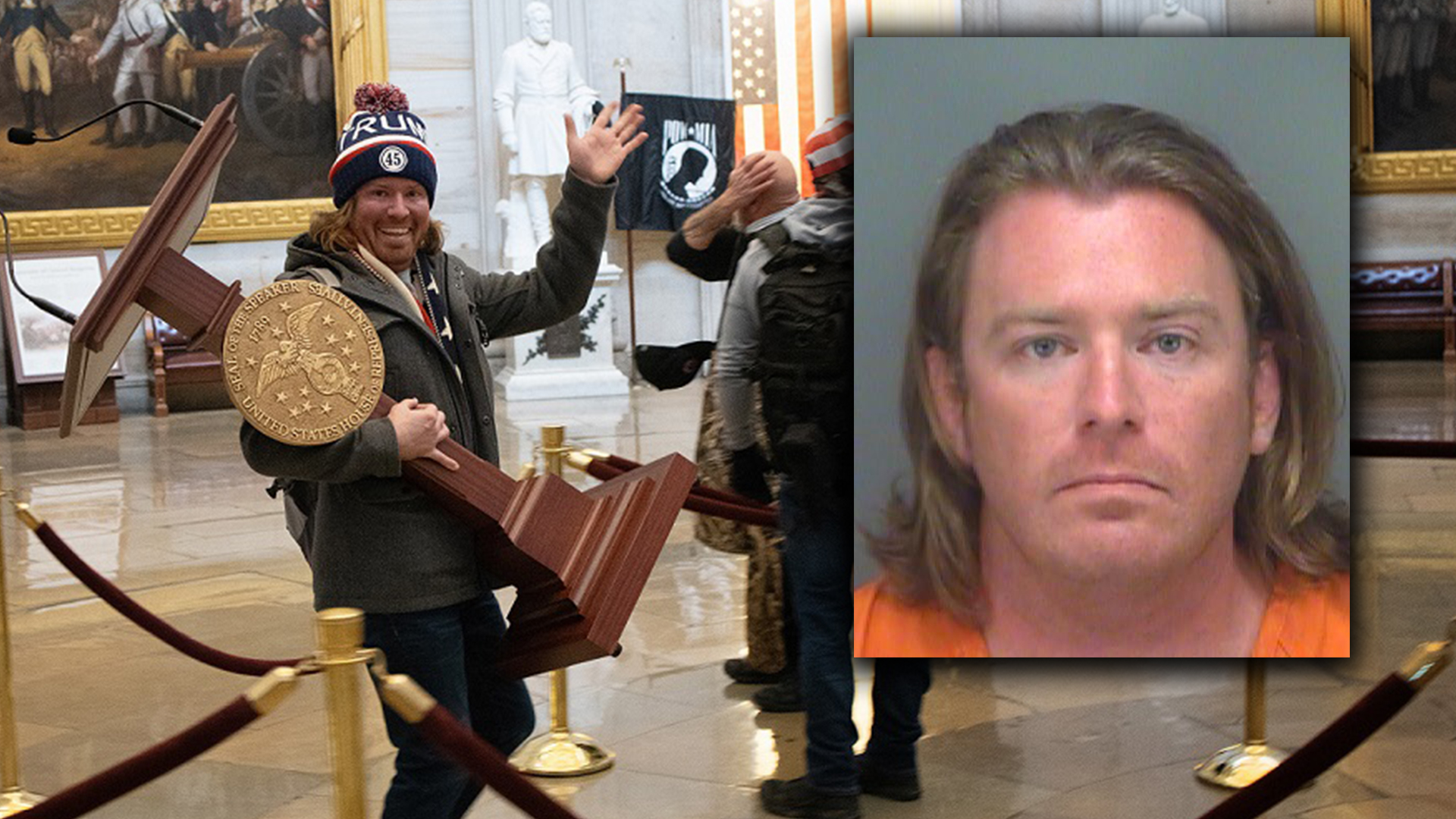 Police have arrested the Florida man who was pictured carrying U.S House Speaker Nancy Pelosi’s lectern from the House of Representatives chambers during the riot at the U.S Capitol.

According to records, the 36-year-old suspect, Adam Christian of Parrish in Florida was arrested on a federal warrant and booked into the Pinellas County jail Friday night

No bond was allowed.

Johnson who was clean shaven in his mugshot, appeared in the photo with a beard and a wool hat with “Trump” written on the top.

No attorney information for Johnson was immediately available. The status of the lectern is not immediately known.

In addition to the arrest of Johnson, there were at least 13 people facing criminal charges in U.S. District Court in connection to the riot, and at least another 40 people were facing lesser charges in the District of Columbia Superior Court, a local venue.

Many of those individuals were arraigned on Thursday and released, with an order from the judge not to return to Washington unless it is for court appearances or meetings with their attorneys.

They included Cleveland Meredith, who was charged with threatening Pelosi as well as possession of an unregistered firearm and unregistered ammunition, and Richard Barnett, the Gravette, Arkansas, man who was photographed sitting at Pelosi’s desk and is also known as Bigo.