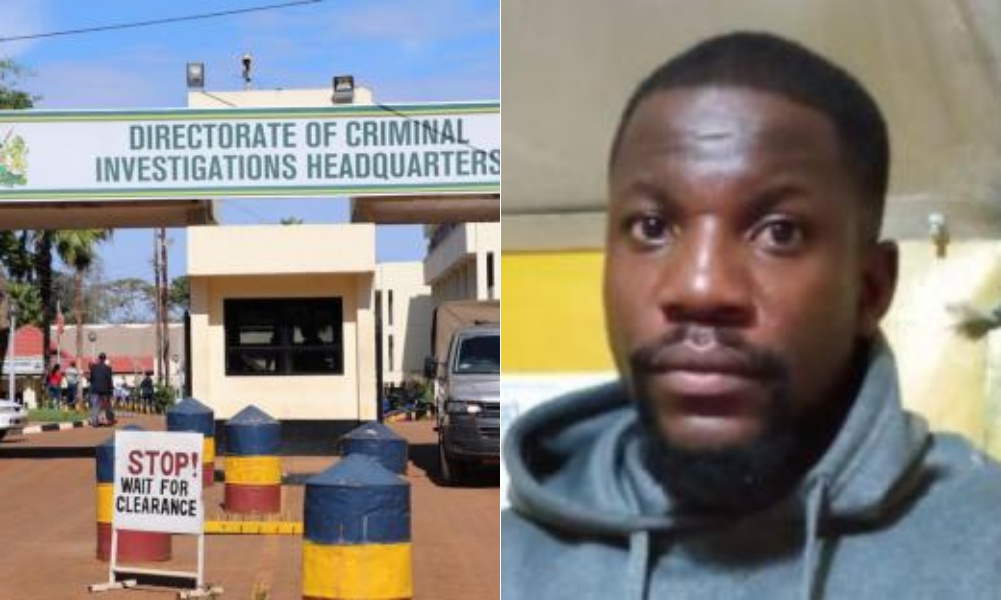 A Nigerian national identified as Christian Kadima has been arrested by detectives from the Directorate of Criminal Investigations (DCI) in Kenya following discovering of the body of a prominent city lawyer found in his bedroom.

According to a statement by DCI, Kadima was traced to a lodging within Nairobi after engaging sleuths in a hide and seek game for hours.

“Detectives have finally arrested Christian Mwambay Kadima, who has been on the run since the wee hours of the morning, following the gruesome murder of a prominent city lawyer,” reads a statement by DCI.

The investigative body indicated that Kadima had tried to outsmart officers by driving his getaway car to Riruta, to create a false impression on his whereabouts.

However, sleuths were too clever for his antics.

Kadima was the last person spotted leaving Elizabeth Koki’s house in Syokimau, Machakos County, on the night detectives believe the lawyer was killed.

The victim’s lifeless body was found lying on her bed, with bruises on her body.

“The house help grew suspicious when by 10am, her employer hadn’t woken up. She then walked into her bedroom only to find her lying lifeless on the bed, with bloody bruises on her body,” reads the statement.

Detectives are continuing with investigations to piece together information of what happened on the fateful night.

“He is currently in lawful custody, being processed for his despicable act,” DCI stated.