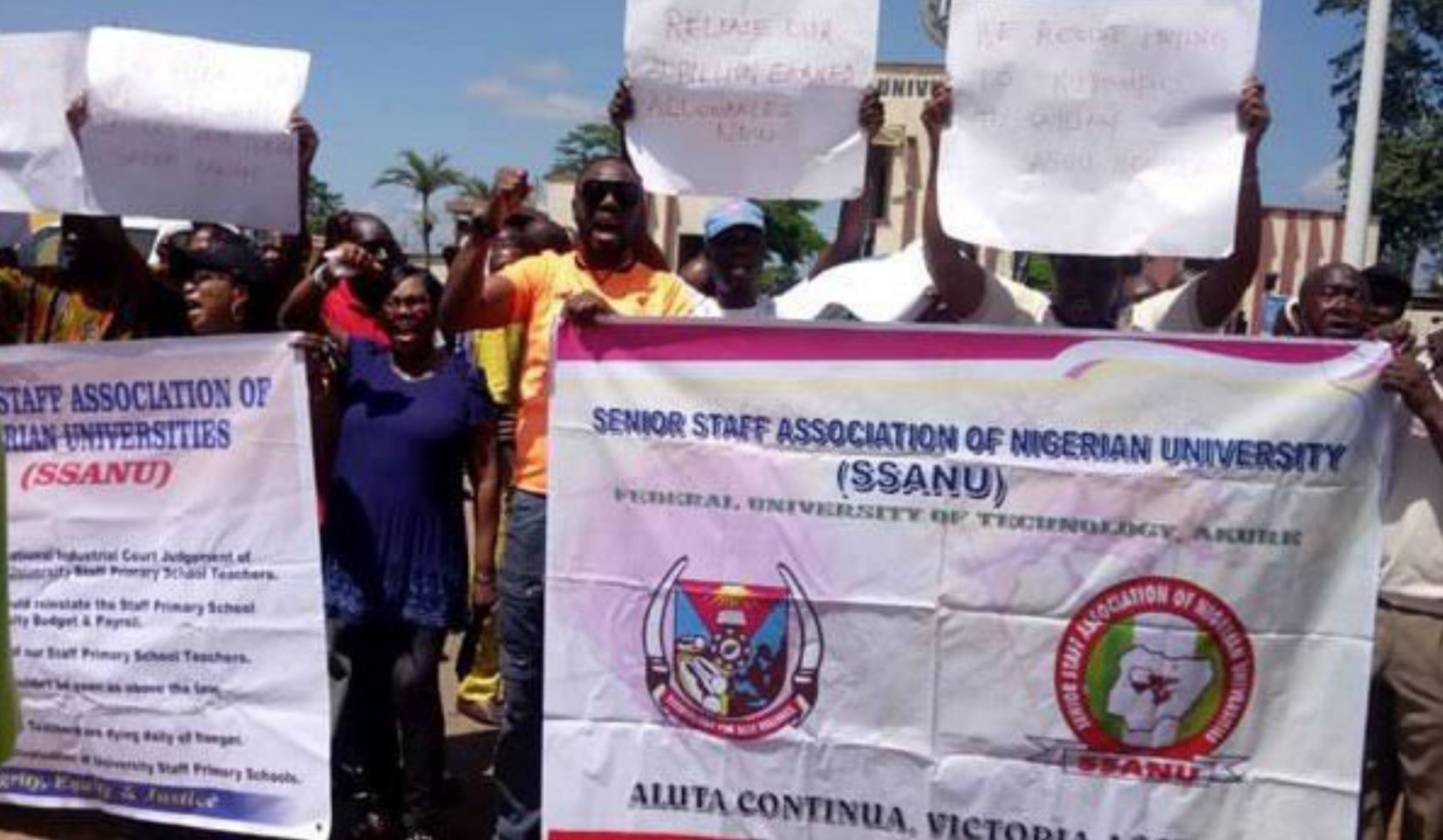 The Non-Academic Staff Union of Universities (NASU) and the Senior Staff Association of Nigeria Universities (SSANU) have threatened to embark on a three-day protest on Jan. 12.

The unions in a circular jointly issued on Sunday in Abuja said that the planned strike was to protest the non-implementation of an agreement reached with the Federal Government.

The unions under the aegis of the Joint Action Committee (JAC) issued the circular to all branch chairmen of the unions in the universities and Inter-university centers.

The circular was signed by General Secretary of NASU, Mr Peters Adeyemi and president of SSANU, Mr Mohammed Ibrahim.

Adeyemi said that a JAC meeting was held on Jan. 8, where the Memorandum of Understanding (MoU) reached and signed with the Federal Government on Oct. 20, 2020, was reviewed.

He listed the agitations of the unions to include inconsistencies in the Integrated Payroll Personnel Information Systems (IPPIS) payment, non-payment of Earned Allowances (EA), and non-payment of arrears of minimum wage.

He also fingered the delay in the renegotiation of Federal Government, NASU and SSANU negotiation of 2009, as part of the agitations.

According to him, other demands are the non-payment of retirement benefits of out-gone members, teaching staff usurping headships of non-teaching units in clear violation of conditions of service and establishment procedures.

Adeyemi also decried the neglect and poor funding of state universities and the non-constitution of visitation panels for universities.

He added that in view of this development, the JAC, therefore, directed that a general meeting of its committees in all branches of universities and Inter-university centres be mandatorily held on Jan. 11.