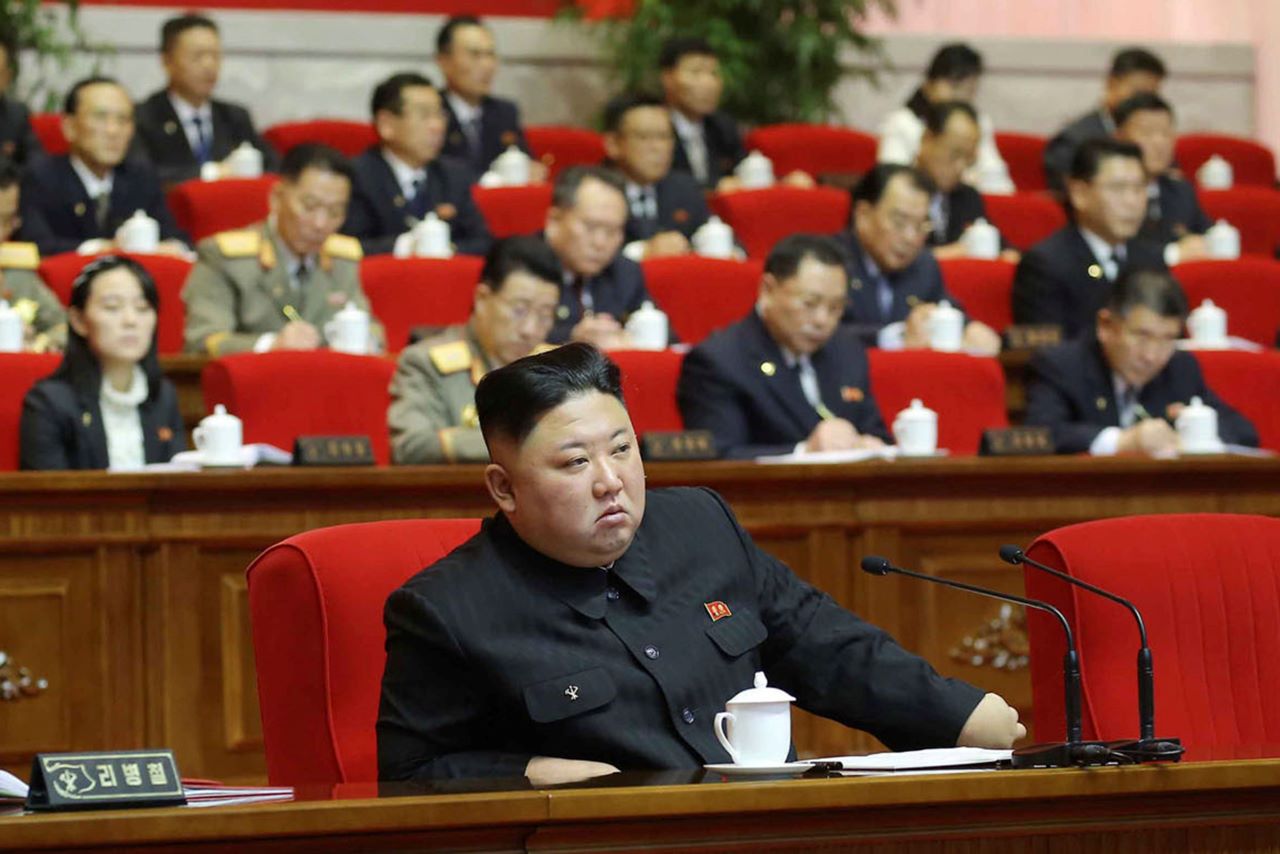 North Korean leader Kim Jong Un has had his official party title changed, state media reported Monday, assuming a position previously held by his late father in what analysts said was a move to bolster his authority.

The North Korean economy is struggling in the face of self-imposed coronavirus isolation, and is subject to multiple sanctions over its banned nuclear weapons and ballistic missile programs.

At the same time, nuclear talks with the United States have been deadlocked since the collapse of the Hanoi summit between Kim and President Donald Trump in February 2019.

The ruling Workers’ Party of Korea “unanimously adopted” a decision to elect Kim as general secretary at its congress on Sunday, the official KCNA news agency reported.

“All the delegates expressed full support with stormy applause in great excitement,” it said.

The South Korean military said it detected signs that a military parade may have been staged Sunday night for the congress.

The last such gathering five years ago had named Kim as party chairman in what was largely seen as a formal coronation for the leader, who was in his early 30s at the time.

The new title comes after Kim pledged at the meeting to strengthen his nuclear-armed nation’s military capabilities, and called the US his country’s “foremost principal enemy.”

He also admitted that “almost all sectors fell a long way short of the set objectives” in North Korea’s previous economic plan.

READ  Osun Decides: Why I will win in landslide – Ademola Adeleke

North Korea is more isolated than ever after closing its borders last January to protect itself against the coronavirus that first emerged in neighbor and key ally China.

“It’s another indirect way of admitting that plans introduced in 2016 — including the new chairman system — did not really work out,” said defector-turned-researcher Ahn Chan-il of the World Institute for North Korea Studies in Seoul.

“Kim wanted to create a new image for himself and his era — that’s different from his father’s — by becoming a ‘chairman’, but it looks like he feels the need to stress his connection to his father in order to consolidate his leadership during this difficult time.”

Kim’s father Kim Jong Il has remained the party’s Eternal General Secretary since soon after his 2011 death, while the current leader’s grandfather Kim Il Sung, North Korea’s founder, is the country’s Eternal President despite dying in 1994.

The congress is the top ruling party gathering, a grand political set-piece that reinforces the regime’s authority and can serve as a platform for announcements of policy shifts or elite personnel changes.

The meeting named a new political bureau, which did not include Kim’s sister and key adviser Kim Yo Jong.

She appeared to suffer a setback, not appearing on the lists of those appointed to the party central committee, having previously been an alternate member.

Analysts say North Korea is using the congress to send the incoming US administration of Joe Biden a message of defiance, but is treading carefully after a tumultuous relationship between Kim and the outgoing Donald Trump.

The South Korean military said Monday it had detected signs a military parade had been held to accompany the congress on Sunday night in Pyongyang, but was tracking whether it was “an actual event or its rehearsal.”

Earlier reports cited satellite images indicating a parade “with military elements” could take place, but without necessarily showing off the North’s latest missiles.

Pyongyang held a nighttime military parade in October to mark the 75th anniversary of the founding of the ruling party, when it showed off a huge new intercontinental ballistic missile.

Analysts concurred it was the largest road-mobile, liquid-fueled missile anywhere in the world, and was highly likely to be designed to carry multiple warheads in independent re-entry vehicles.

In his New Year’s address Monday, the South’s President Moon Jae-in — who brokered the talks process between Kim and Trump — said Seoul would seize on the change of administration in Washington to “make a last effort to achieve a major turnaround in the stalled US-North Korea and inter-Korean dialogues.”