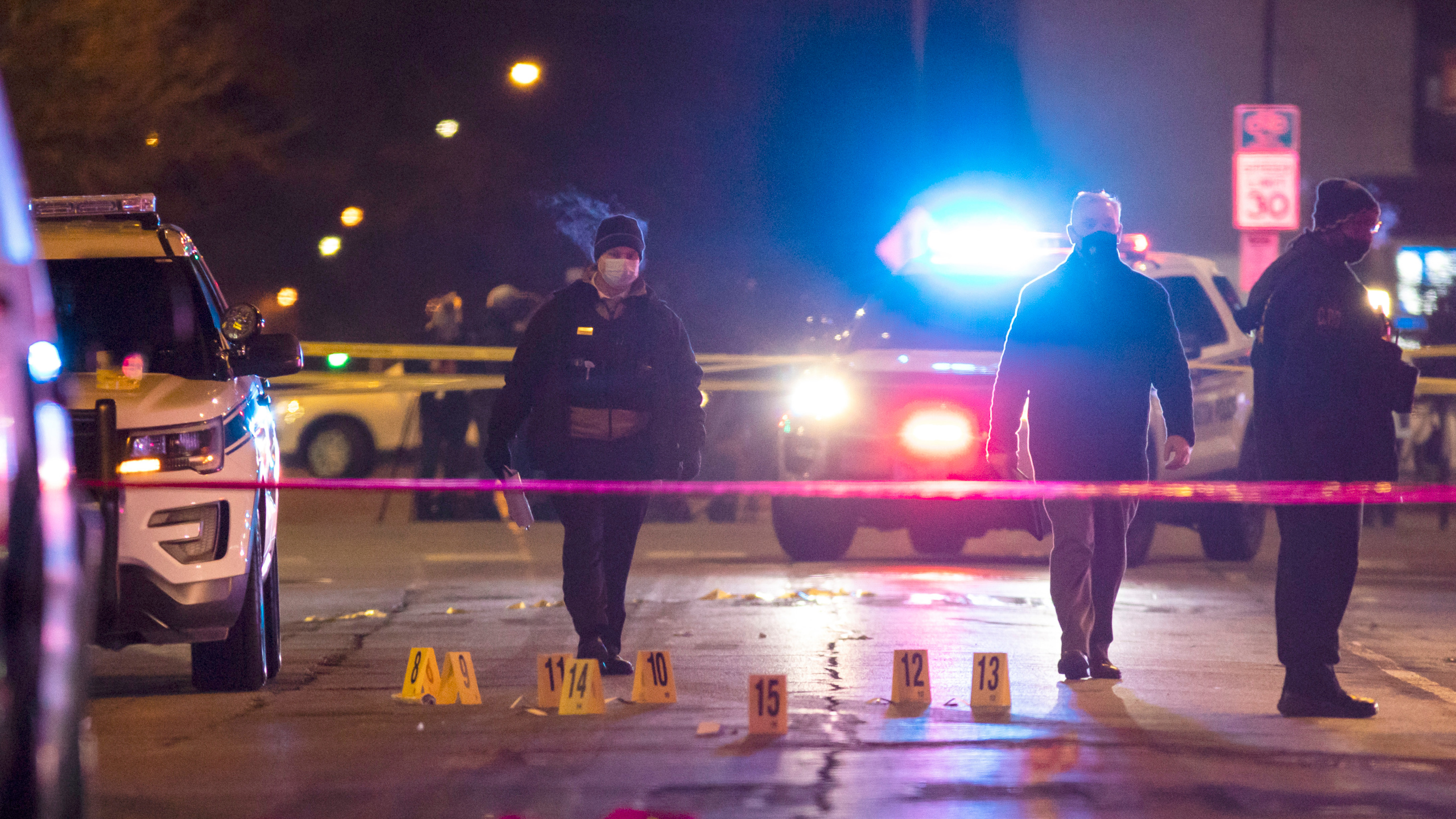 A man killed three people and wounded four others in a series of shootings over roughly four hours that started on Chicago’s South Side and ended with his death in a shootout with police in a parking lot just north of the city.

Investigators are trying to determine a motive for the attacks, which began Saturday afternoon with the killing of a 30-year-old University of Chicago student who was shot in the head while sitting in his car in a parking garage in the Hyde Park neighborhood, Chicago police Superintendent David Brown told reporters. He didn’t release any of the victims’ names.

The shooter, 32-year-old Jason Nightengale, then “just randomly” walked into an apartment building a block away, where he shot a 46-year-old security guard who was sitting at the desk and a 77-year-old woman who was getting her mail, Brown said. The guard was pronounced dead at a hospital and the older woman, who was shot in the head, was hospitalized in critical condition, the Chicago Tribune reported.

Nightengale went to another nearby building and stole a car from a man he knew. He then went to a convenience store and fired shots, killing a 20-year-old man and wounding an 81-year-old woman in the head and neck, Brown said. The woman was also in critical condition.

After leaving the store, Nightengale shot a 15-year-old girl who was riding in a car with her mother, leaving the girl in critical condition, police said. He then went back to the convenience store and fired on officers who were investigating the earlier shooting. None of them were injured, Brown said.

Nightengale then drove about 10 miles (16 kilometers) north to Evanston, which borders Chicago, where police responded to a report of shots that had been fired inside a CVS. Nightengale had apparently walked into the pharmacy, announced that he was robbing it and fired off shots that didn’t hit anyone, authorities said. He then went across the street to an IHOP restaurant, where he shot a woman in the neck. She was in critical condition, Evanston police Chief Demitrous Cook told reporters.

Nightengale left the restaurant and was confronted by officers in a parking lot, leading to a shootout in which he was shot and killed, Cook said.

Brown said the information he shared at the news conference was preliminary and could change. He said investigators had very little information about Nightengale but plan to release more details as they get them.

“When you hear this whole story, it seems that you have a crystal ball of what he’s doing next, and we all know we don’t have a crystal ball where he goes next nor do we have this on any of our POD cameras,” Brown said. “We are responding to the scene as these crimes are happening, getting information, and again, he’s going to the next while we are trying to keep up with what’s happened previously.”