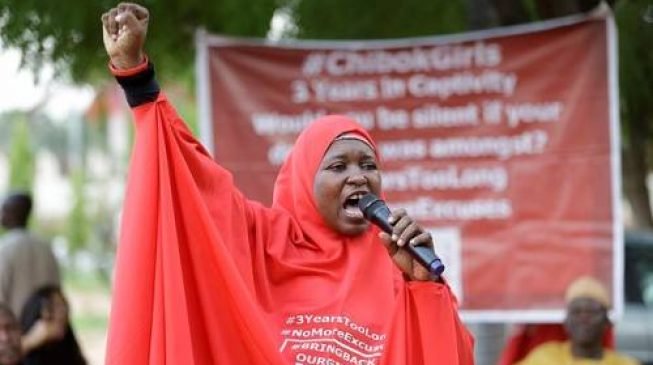 Popular activist, Aisha Yesufu has blasted youths from Northern Nigeria popularly known as Arewa Youths for dragging her on Twitter.

The youths in the region had earlier attacked her Monday, January 11 over her support for gay rights in Nigeria.

Arewa youths argued that she should never be in support of such things as it is against the tenets of Islam which she practices.

Ms. Yesufu did not take their attacks lying low and has hit back at them, describing them as ”Oxygen Wasting Vessels”.

According to her, youths in other regions of the country pick on issues and push the government till they get results but Arewa Youths with their ”BambiAlaMentality” only know how to go from one handle to another attacking people and transferring aggression that they cannot transfer to their parents, who according to her, abandoned them.

Making reference to the comment made by President Buhari a long time ago that youths in Nigeria were lazy, Ms. Yesufu says, on the contrary, it is the Arewa youths that are lazy.