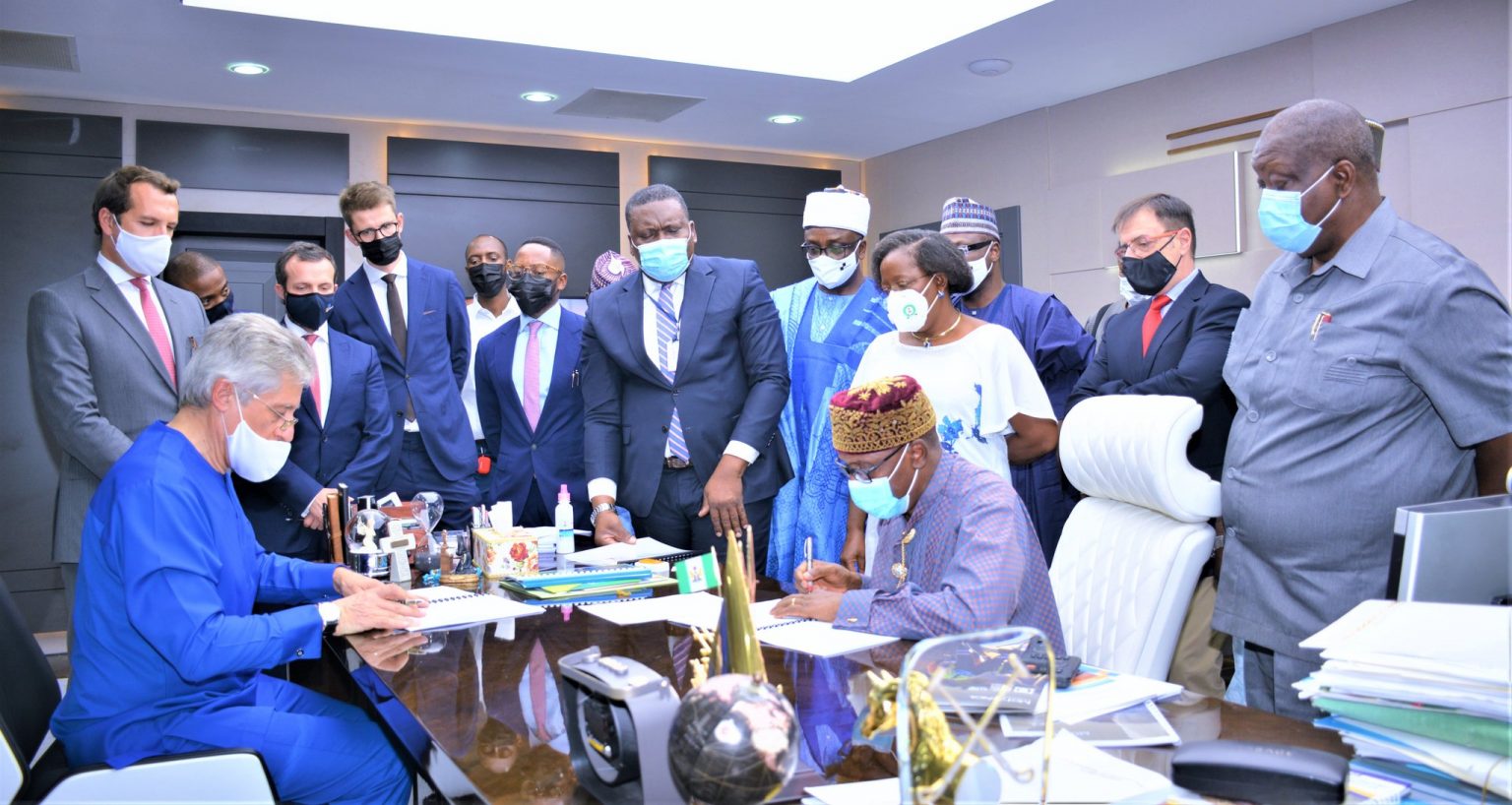 The federal government of Nigeria has signed a $1.959 billion dollars Memorandum of Understanding (MoU) with Mota-Engil Group for the construction of Kano-Maradi Standard Gauge Railway lines.
The Minister of Transportation, Rotimi Amaechi signed on behalf of the federal government of Nigeria while the managing director of the company, Antonio Gvoea, signed on behalf of the firm in Abuja.

According to a statement from the Ministry of Transportation, the new (Kano–Maradi) railway corridor will run through Kano, Jigawa and Katsina and through Niger Republic territory as far as Maradi.

The 283.75 kilometre railway line will run through and link towns like Danbatta (Kano), Kazaure (Jigawa), and Daura, Mashi, Jibia (Katsina) in Nigeria.

The project is expected to be completed within three years for use in both freight and passenger transport as it would be integrated with road transport. It will also contribute greatly to the local economy as well as Nigeria’s social sector.

Photo News: Signing of Memorandum of Understanding with Mota-Engil Group on the construction of US$1.959 billion Kano-Maradi Standard Gauge Railway lines.
The Minister of Transportation, Rt. Hon. Chibuike Rotimi Amaechi today in Abuja
signed on behalf of the Federal Government pic.twitter.com/Fb7uirY5N0

According to the Minister of Transportation, the contract type is Engineering, Procurement, and Construction.

The contractor has also agreed to build a University in Nigeria as part of their Corporate Social Responsibility (CSR) while working on the project, the statement on the project noted.

It will be recalled that after the Federal Executive Council (FEC) approved the sum of $1.96 billion to construct the railway line from Kano to Maradi in Niger Republic, the Nigerian government has said that the extension of rail construction from Lagos-Kano-Katsina to Marradi was intended for the country to take economic advantages of import and export in the Niger Republic.

According to the Minister of Information and Culture, Alhaji Lai Mohammed who made the disclosure on Friday, October 2, when he featured on Nigeria Television Authority live programme, “Good Morning Nigeria”, the extension was deliberate for the benefit of the country’s economy.

Mohammed reiterated that the extension would be to the interest of Nigeria’s economy through importation and exportation in the Niger Republic, Chad and Burkina Fasso, which are landlocked countries.