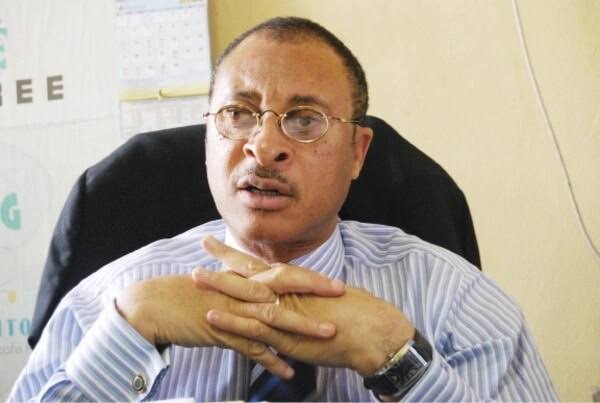 According to him, the North are scared of restructuring because they don’t know where it will lead them and outside of Nigeria, they are formless.

Pat Utomi, a Nigerian professor of political economy and management expert has revealed why Northern leaders are scared of restructuring.

Utomi who spoke at virtual media parley ahead of the ‘Never Again’ conference to mark 51 years after the civil war, noted that the north largely relies on the federal government for their share of revenue which “has made them really unproductive”.

He added that northern politicians are scared of restructuring because they are formless outside Nigeria.

“There is a real crisis in the north that the south does not understand. They are painters of people who hate each other very much; that is the truth of the matter. That is why they are scared of restructuring because they don’t know where it will lead them, and outside of Nigeria, they are formless; there is no north.”

The Nigerian Professor who stressed that restructuring will help the north become productive and move away from the poverty status, also announced that the second edition of the ‘Never Again’ conference which will feature Matthew Kukah, bishop of Sokoto Catholic diocese as the keynote addresser and former President Olusegun Obasanjo as the special guest of honour, will be chaired by Ayo Adebanjo, Afenifere leader and Kalu Idika Kalu, a former finance minister.

“It is recalled that Nigeria fought a bitter and internecine 30-month civil war that left in its wake a sharply divided nation with mutual suspicion, hatred and resentment across racial and regional lines. An estimated one million victims were killed immediately before and during the war.

“The conference will x-ray the issues that led to the civil war and the need for patriots to work together to achieve national cohesion, especially in light of several centrifugal tendencies within the polity.”