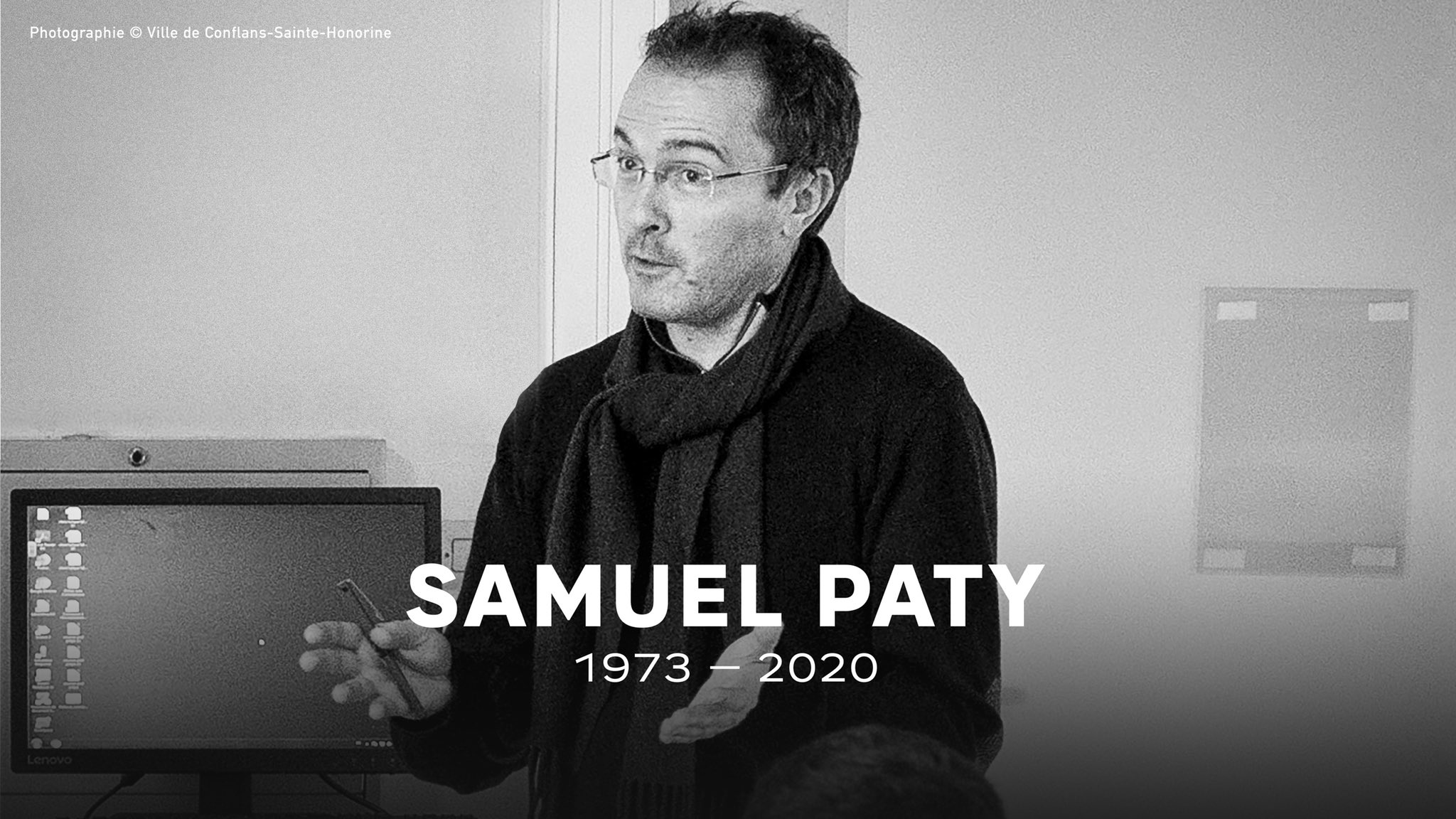 Paty, 47, was killed October 16 outside his Paris-region school after showing caricatures of the Prophet Mohammed during a class debate on free expression.

His killer, identified by authorities as Abdoullakh Anzorov, was later shot dead by police. Anzorov, an 18-year-old refugee of Chechen origin who had become radicalised, according to authorities, claimed responsibility for the murder in a text found on his phone that was accompanied by a photograph of the teacher.

The seven people detained Tuesday in the Paris region, as well as in western France and in the cities of Lyon and Toulouse, are suspected contacts of Anzorov, said the judicial official. The official wasn’t authorised to publicly discuss details of the investigation and spoke on condition of anonymity.

The suspects can be held for initial questioning by anti-terrorism investigators for up to 96 hours.

A total of 14 people were already being formally investigated and face preliminary terrorism- and murder-related charges in the investigation. Of those, seven have not been granted bail.

Paty’s murder sparked a torrent of outrage that prompted President Emmanuel Macron to crack down on Islamist extremism and violence in a country reeling from a wave of jihadist attacks since 2015 that have killed more than 250 people.

Seventeen people were killed over three days of attacks in January 2015, beginning with the massacre of 12 people at satirical weekly Charlie Hebdo, which had published cartoons of the Prophet Mohammed. The assault was followed by the killing of a French policewoman and a hostage-taking at a Jewish supermarket, in which a further four people were killed.

In September 2020, three weeks into the trial of suspected accomplices in the Charlie Hebdo attack, two people were attacked outside the satirical weekly’s former offices by a man wielding a meat cleaver. Less than two weeks after Paty’s murder, three people were killed when a young Tunisian recently arrived in Europe went on a stabbing spree at a church in the Mediterranean city of Nice.

Less than two weeks after Paty’s murder, three people were killed when a young Tunisian recently arrived in Europe went on a stabbing spree at a church in the Mediterranean city of Nice.

In response to Paty’s murder, Macron vowed that France would never give up Enlightenment values such as the right to blaspheme. He hailed the murdered teacher as a “hero” for representing the secular, free-thinking values of the French republic.

“He was killed because Islamists want to take our future,” Macron said at a memorial service for Paty. “They will never have it.”

France has a long tradition of caricatures taking on political and religious authorities – including Charlie Hebdo’s rampant mockery of Catholicism and of Marine Le Pen’s far-right National Rally party (formerly the National Front).

Prime Minister Jean Castex announced on December 9 a new bill to tackle the root causes of terrorism. He underlined that the text does not target religious freedom but is aimed at “the nefarious ideology of radical Islamism”.

Castex described the proposed bill as “a law of freedom, of protection and emancipation in the face of religious fundamentalism”.

The proposed legislation would make it easier to stop mosques from receiving foreign financing, and would also offer protection to moderate community leaders who are in danger of being toppled by an extremist “putsch”.

The draft law also proposes stricter criteria for authorising home schooling of children over three years old to prevent parents taking their children out of public schools and enrolling them in underground Islamist structures.

Doctors, meanwhile, would be fined or jailed if they perform a virginity test on girls.

“With what has been happening in France over the past few years and more recently, the government just can’t sit back and let this happen; it has to take some radical measures to stop this from continuing and getting worse,” said FRANCE 24 International Affairs Editor Philip Turle.

(FRANCE 24 with AP and AFP and REUTERS)