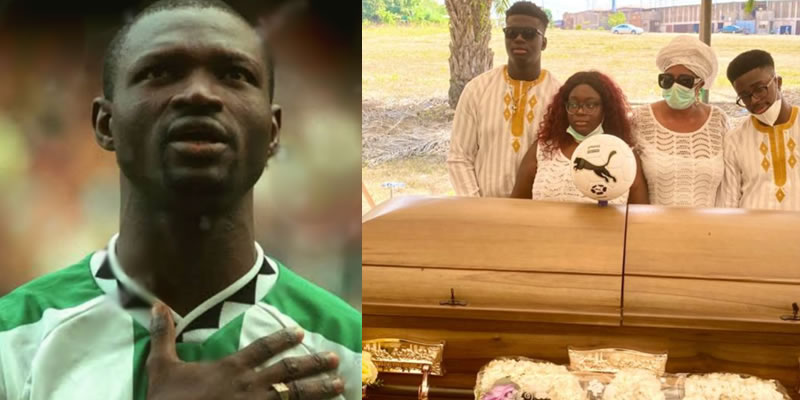 The remains of former Super Eagles defender, Ajibade Babalade, has been laid to rest on Friday at his residence in Ibadan, Oyo State.

The corpse of the former player was displayed today for public tribute at the Liberty Stadium, Ibadan with friends, families and ex-internationals in attendance to pay their last respect.

The hard-as-nails retired defender was a squad member of the Eagles that won bronze at the 1992 Africa Cup of Nations in Senegal. He played for Nigeria from 1990 to 1998.

Babalade began his professional club career at Stationery Stores of Lagos in 1990, before several stints at 3SC, helping the Oluyole Warriors reach the final of the CAF Champions League in 1996 as cap.

Though he is fondly remembered for his exploits at Shooting Stars, Babalade played for a few other teams both locally and internationally.

He was also a former manager of the Shooting Stars.