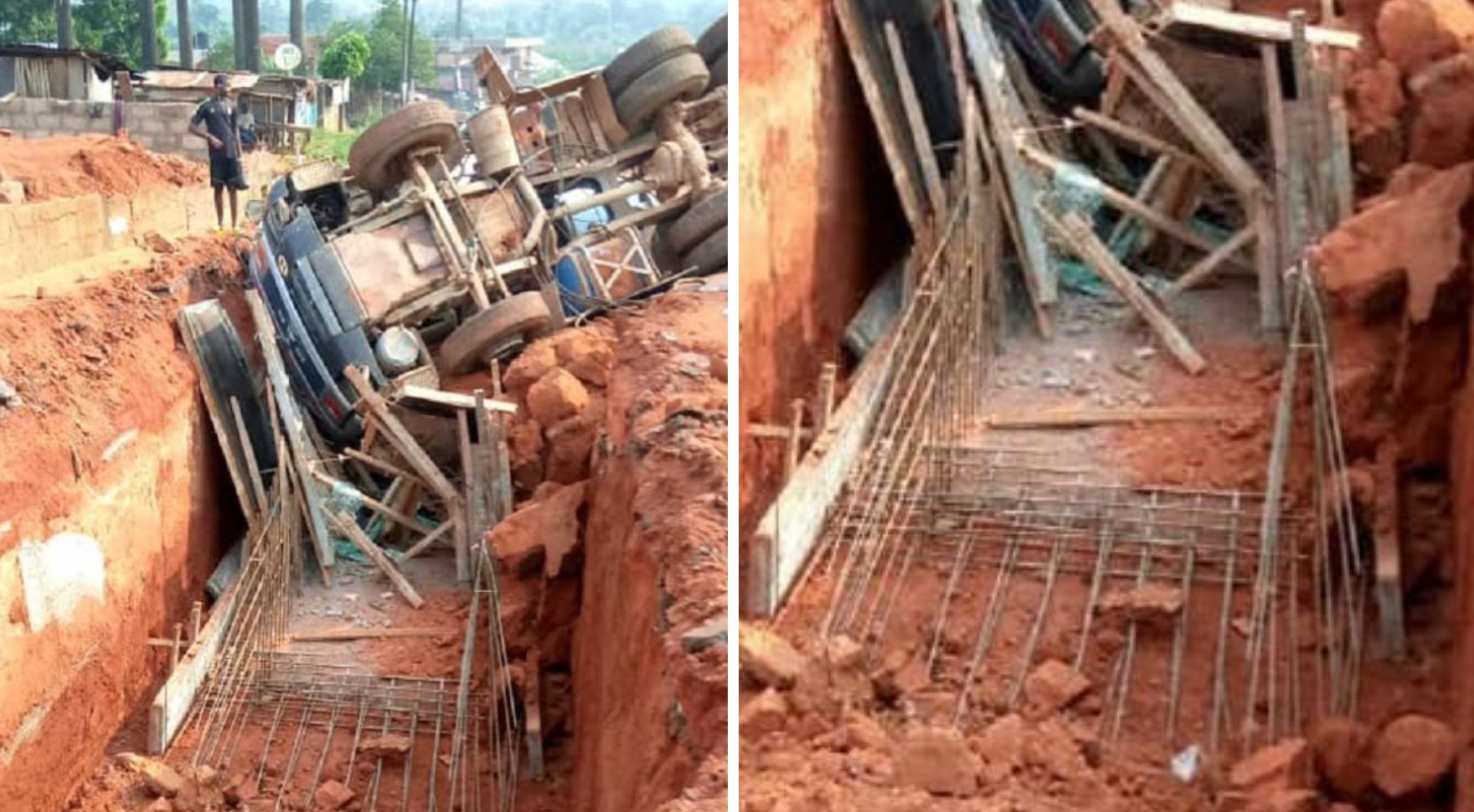 Tragedy struck when two unidentified construction company workers in Benin City, over the weekend, died following an accident at a construction site.

It was learnt that the accident occurred on Saturday at about 2 pm at Ogiso junction, off Murtala Mohammed Way, when workers were working on Ogiso Flood Control Programme, awarded by Edo State Government.

Eyewitnesses said the workers were working in a deep drainage under construction, when the cement mixing vehicle they were using caved into the drainage in an attempt to empty its content into the drainage, burying the two workers alive.

While the driver of the ill-fated vehicle and some other workers were able to jump to safety unhurt, the two unidentified workers, who were deep in the drainage when the vehicle caved in and poured its content were unlucky.

It was gathered that supervisors on-site made desperate and frantic efforts to save the lives of the workers but the gradient of the road, as well as the absence of a heavy crane, posed an obstacle to their rescue.

At the time of filing this‎ report, the site had been abandoned as no worker was seen, while the badly damaged cement mixer was still inside the drainage.