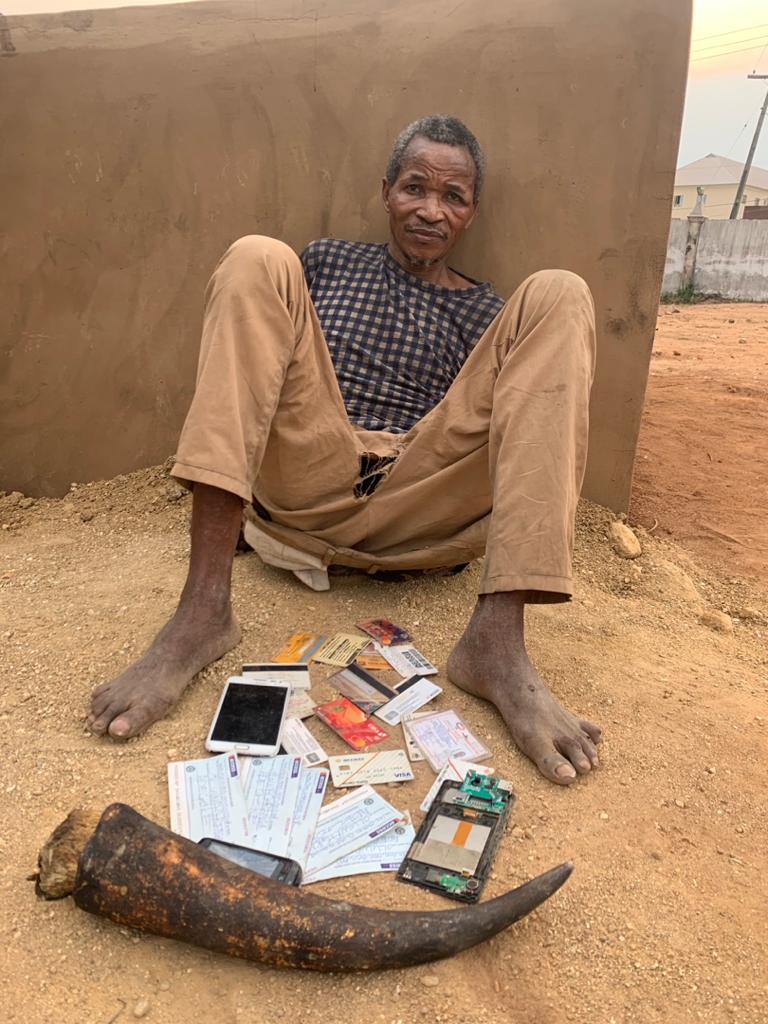 A yet-to-be identified man suspected to be kidnapper has been rescued from lynching by the Rapid Response Squad (RSS) personnel of the Ekiti State Police Command.

This was contained in a statement released by the police public relations officer in the state, ASP Abutu Sunday on January, 17.

According to the statement, the police recieved an information at about 1350hrs that irate mob was about to lynch a suspect at the front of an uncompleted building, Opposite Ekiti State University Teaching Hospital (EKSUTH), Ado-Ekiti.

The Rapid Response Squad (RRS) Personnel swung into action immediately by moving to the scene. The suspect was rescued to the Station where investigation is currently on going to ascertain the state of the mental health of the suspect, as he is currently showing a sign of a person with an unsound mind.

The Command implores everyone to disregard the information that the suspect is a kidnapper until investigation is concluded while assuring the people of Ekiti State that the investigation will be extended to the psychiatric hospital for medical examination.

The Ekiti State Commissioner of Police, CP TUNDE MOBAYO while advising Citizens to avoid taking laws into their hands anytime a suspect is arrested, implores them to always report to the nearest Police Station, any person or group of persons suspected to be criminals found around their environment or call 08062335577.