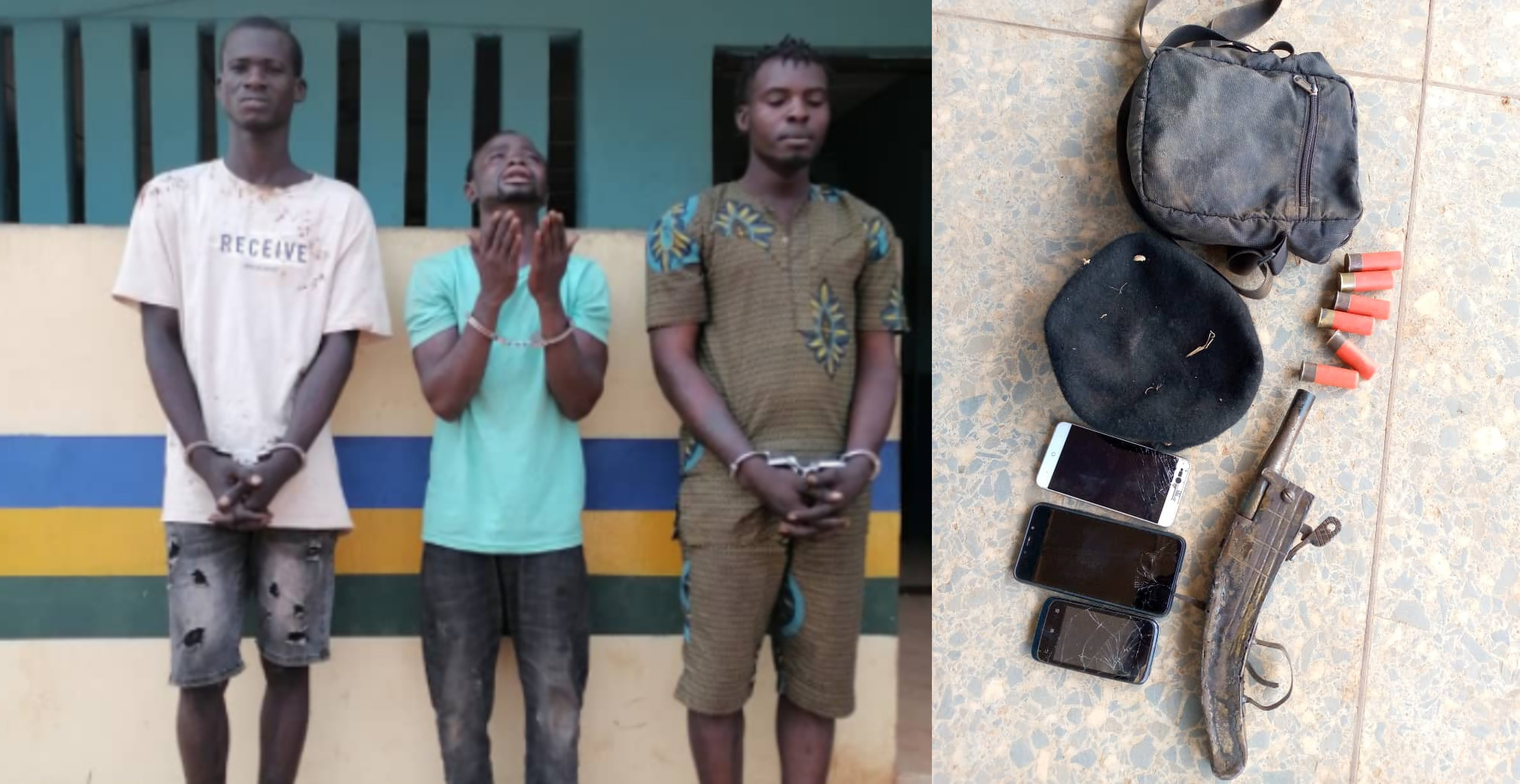 Members of the Eiye and Aiye cult groups who embarked on a supremacy battle in Ifo area of Ogun state which led to the killing of one of them simply identified as Ofada have been arrested by police officers.

This was contained in a statement released by the police public relations officer in the state, Abimbola Oyeyemi.

According to a statement, a distress call was made to the police in Ifo division headquarters during the clash and the DPO; CSP Adekunle Adeniyi, quickly led his men to the scene where they met two others with gun-shot injuries.

He said the DPO and his men subsequently moved and traced the rampaging cultist to Iyana Coker area where three amongst them namely: Soji Olamilekan ‘m’ 29yrs, Shobande Olalekan ‘m’ 26yrs and Solomon Fadebi ‘m’ 33yrs were arrested.

On interrogation, they informed the police that their other members have ran to Osuke area of Onipanu Ota where they were planning to launch another round of attack.

Based on the information, the DPO Onipanu division was contacted and he quickly moved to Osuke area where he met a group of cultists holding a meeting in a bush. On sighting the policemen, the hoodlums took to their heels but they were hotly chased and with the assistance of the youths in the area, four amongst the cultists namely: Balogun Oluwaseun ‘m’ 22yrs, Joseph Onwe ‘m’ 24yrs, Peter Rapheal ‘m’ 22yrs and Yusuf Emmanuel ‘m’ 26yrs were apprehended.

While investigation was going on, information got to the police that one of the cultists was seen receiving treatment for gun-shot injury in Arobiye village Ota, the DPO Onipanu swiftly moved in there and got the suspect, one 22yrs old Toheeb Olorunkemi ‘m’ who confessed participating in IFO crisis where he received gun-shot injury arrested.”he statement read.

Oyeyemi said items recovered from the arrested suspects include one locally made pistol, six live cartridges, four different types of handset, one black beret, and a small bag. He said the corpse of the slain cultist has been deposited to the general hospital mortuary while the injured ones have been taken to the same general hospital for medical care.

He added that the state Commissioner of Police, CP Edward A. Ajogun has ordered the transfer of the suspects to the State Criminal investigation and intelligence department for discreet investigation and has also ordered a serious manhunt for the remaining members of the groups in order to put their notorious activities to a permanent end.