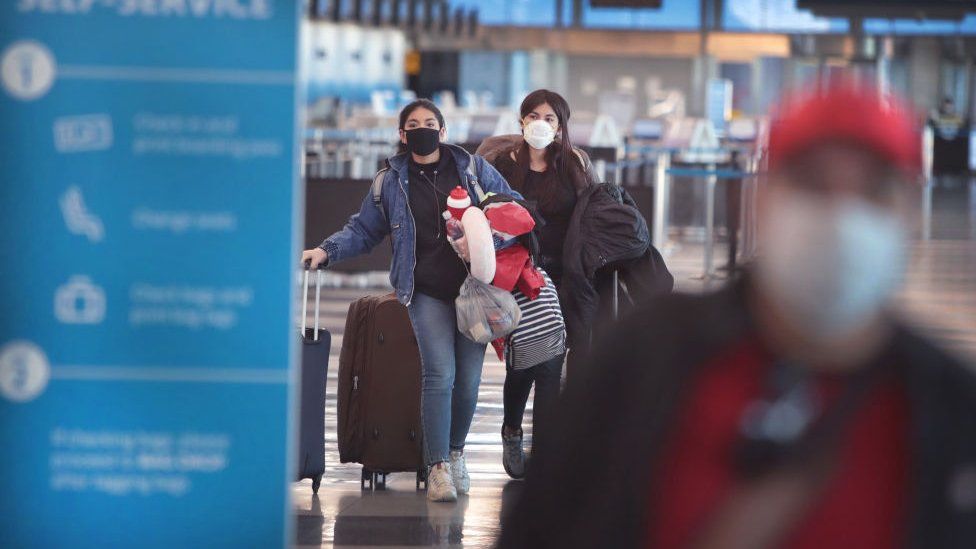 US President-elect Joe Biden’s spokeswoman quickly dismissed Donald Trump’s announcement Monday that a Covid-19 ban on travelers arriving from much of Europe and Brazil would be lifted, underlining the fractious transition of power.

“On the advice of our medical team, the Administration does not intend to lift these restrictions on 1/26,” tweeted Jen Psaki, Biden’s press secretary.

“In fact, we plan to strengthen public health measures around international travel in order to further mitigate the spread of COVID-19.”

“With the pandemic worsening, and more contagious variants emerging around the world, this is not the time to be lifting restrictions on international travel,” she added.

Just minutes prior to Psaki’s tweet, President Trump said he would lift the travel ban on Europe and Brazil, although travel bans for China and Iran would remain in place. “This action is the best way to continue protecting Americans from COVID-19 while enabling travel to resume safely,” he said in a statement released by the White House.

Trump had announced an initial ban on January 31, 2020 on non-American travelers entering from China to stop the spread of the coronavirus. The ban was extended to European countries on March 14, the US shutting itself off from the world as the pandemic entered full force.

Both Biden and Trump’s statements come days after the Centers for Disease Control and Prevention (CDC) announced that all air passengers bound for the US will be required to test negative for Covid-19 within three days of their departure.

The test policy will take effect on January 26, and expands on a previous testing rule that targeted Britain and came into effect in December, following the emergence of a coronavirus variant believed to be more transmissible.

Some epidemiologists have warned it is likely that new, more transmissible variants are already establishing themselves in the United States, the hardest-hit country in the world by the pandemic.

Biden will be inaugurated on Wednesday, after a rocky handover of power and in the midst of an alarming surge of Covid-19 cases in the US.

Trump for months had refused to accept the outcome of the November 3 election, baselessly insisting the vote had been rigged and ignoring court rulings to the contrary, leaving the country seething with division and anger.

He denied Biden’s team access to funds and resources and still has not congratulated Biden or invited him for the traditional tea visit in the Oval Office.

Instead, Trump has remained largely out of the public eye since his supporters rampaged through Congress on January 6, triggering his historic second impeachment a week later.

Trump is also set to become the first outgoing president in 152 years not to join his successor at the inauguration ceremony.