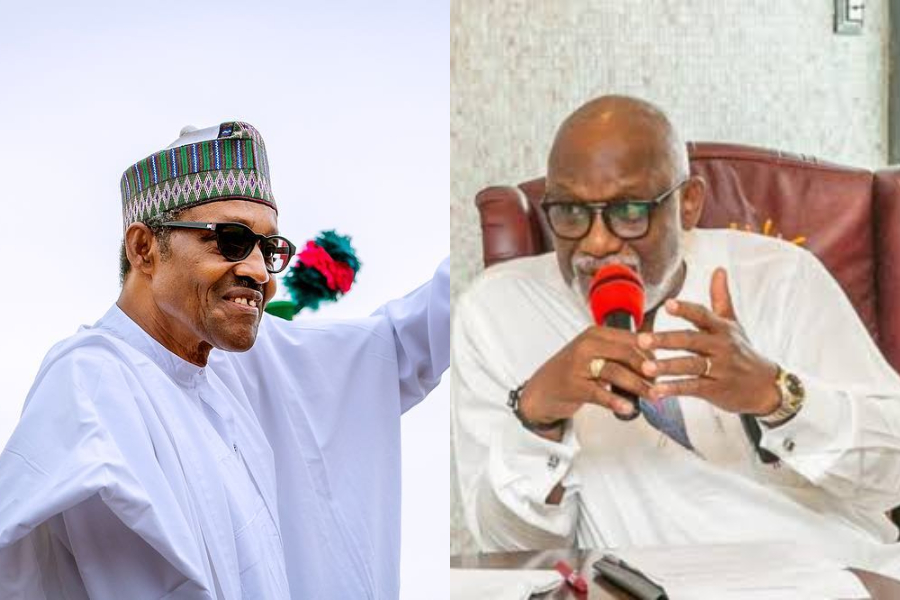 The Presidency on Tuesday waded into the controversy generated by the directive of the Ondo State Governor, Rotimi Akeredolu, asking herdsmen to leave the state government forest reserves.

Apart from ejecting the herdsmen, Governor Rotimi Akeredolu also banned under-aged grazing, night grazing, movement of cattle within the cities and highways. He also gave the herdsmen seven days ultimatum to comply with the order.

However, the Secretary-General of the Miyeti Allah Cattle Breeders Association of Nigeria, Usman Baba-Ngelzerma, had reacted that the association had not been formally informed.

But in a statement by the Senior Special Assistant to the President on Media and Publicity, Garba Shehu, the President called for restraint on the side of the state government and the Fulani communities.

In the statement titled, ‘In tackling crime, Ondo State Government will not act outside the constitution,’ the Presidency also called on both sides to continue their dialogue.

The statement reads partly, “Governor Rotimi Akeredolu, a seasoned lawyer, Senior Advocate of Nigeria and indeed, a former President of the Nigerian Bar Association, has fought crime in his state with passion and commitment, greater sensitivity and compassion for the four years he has run its affairs and, in our view, will be the least expected to unilaterally oust thousands of herders who have lived all their lives in the state on account of the infiltration of the forests by criminals.

“If this were to be the case, rights groups will be right in expressing worries that the action could set off a chain of events which the makers of our constitution foresaw and tried to guard against.

“We want to make it clear that kidnapping, banditry and rustling are crimes, no matter the motive or who is involved. But, to define crime from the nameplates, as a number of commentators have erroneously done- which group they belong to, the language they speak, their geographical location or their faith is atavistic and cruel.

Nobody asks herdsmen to leave – Ondo

In a swift reaction, the Ondo State Commissioner for Information and Orientation, Donald Ojogo, said the Presidency statement had stated “unambiguously, the position of the Federal Government.

“The Ondo State Government did not ask Fulani to leave the state. The governor said herdsmen who are unregistered should leave our forests. The statement from Garba Shehu is brazen display of emotional attachments and it’s very inimical to the corporate existence of Nigeria. We need clearly defined actions on the part of the Federal Government to decimate the erroneous impression that the inspiration of these criminal elements masquerading as herdsmen is the at of power. Our unity is threatened, no doubt

“It (statement) states in a breath that the governor fights crime with passion while it is prevaricating on the atrocities. The question is, are the herdsmen who are perpetrating murder, kidnapping and robbery more important than government and even the Federal Government in this case? Ethnic nationality and activism on the part of anyone hiding under the Presidency or federal government is an ill wind,” the commissioner added.

Earlier, Ojogo had declared that there was no going back on its order asking herdsmen to vacate all the forest reserves in the state.

READ  Coronavirus: Nigeria May Be Heading The Way Of China, Italy, FG Warns

Ojogo had said, “The governor’s directive except they are telling the world that Miyetti Allah is above every law in the land.

In the same vein, the Special Adviser to the Governor on Security Matter, Alhaji Jimoh Dojumo, said, “I want to advise those operating within the forest legally to register with the state government. The truth is that if they (herdsmen) still want to remain in the forest; let them come and register, we want to know the people occupying our forest.”

The Secretary General of the Afenifere, Bashorun Sehinde Arogbofa, pointed out that the governor’s order would go a long way in tackling insecurity in the state

He said, “The Miyetti Allah should not complain about the order, unless they want to give the impression that they support the criminal activities being carried out by some herdsmen in the state.

In a statement by the Chief Press Secretary to the Owo monarch, Mr Sam Adewale, the traditional ruler said, “ As the Chief Security Officer of the state, the governor cannot fold his arms while the citizens are being kidnapped at will by bandits.”