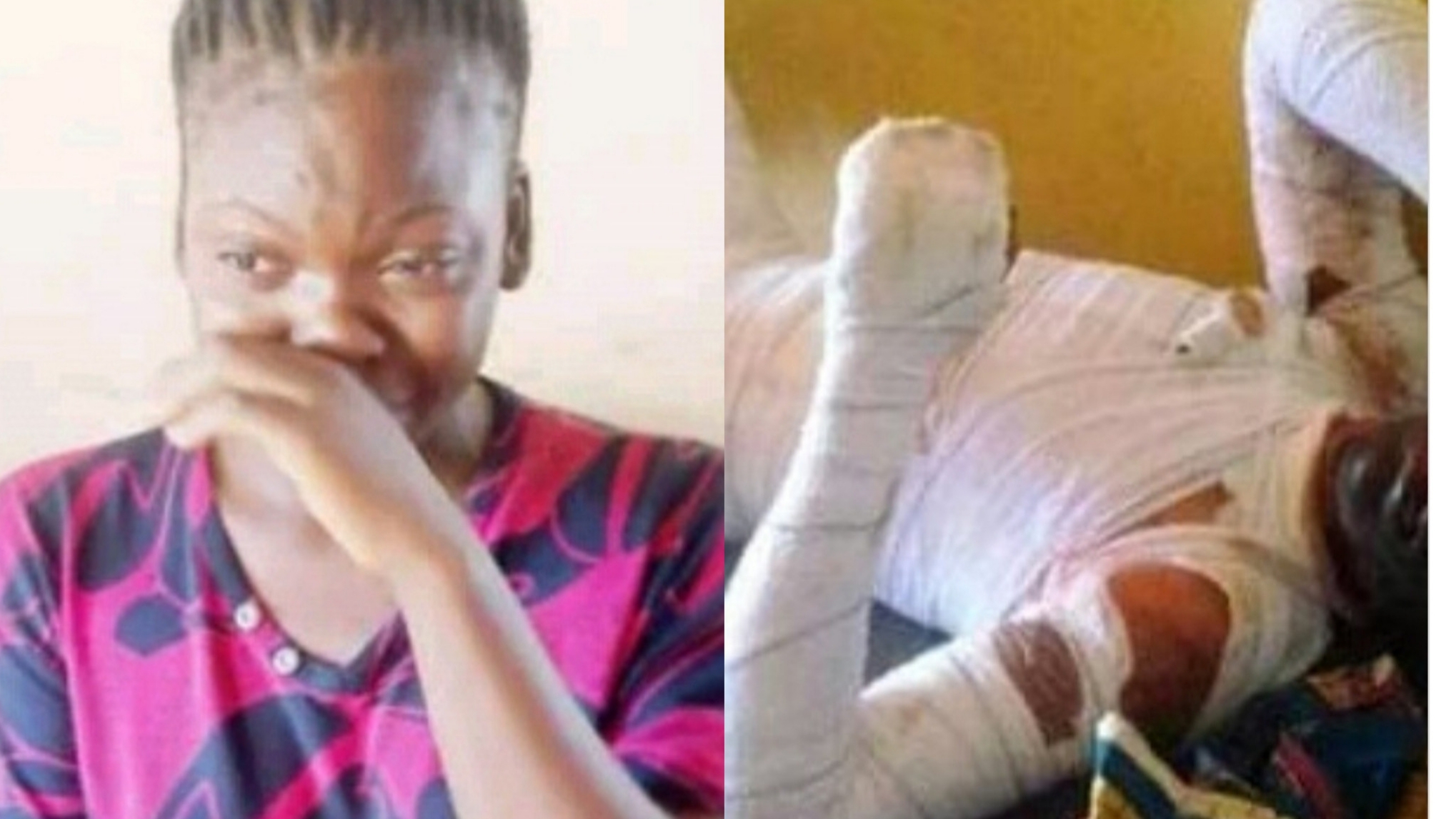 A 17-year-old Esther Alex who set boyfriend ablazed has been remanded by the magistrate court sitting in Makurdi, Benue state in Correctional Centre, Makurdi.

Recall that Chidinma Ikechukwu Omah, a patent medicine dealer, died after he was set ablaze by the accused in Wadata suburb of Makurdi.

The case which came for mention, on Tuesday, January 19, has the First Information Report read to the accused. The FIR, titled,’ Mischief by Fire and Culpable Homicide’ read in parts;

“That one Esther Alex ‘F’ of no 1, Zaki Biam street, Wadata Makurdi went to the house of Mr Chidimma Omah ‘M’, 28 years old, at No 17, Yandev street, Makurdi and poured petrol in it while he was asleep and set him ablaze.

“As a result, the room was engulfed in fire and burnt down the entire house property value not yet known together with Mr Chidimma Omah who sustained grave burns and subsequently died while receiving treatment at the hospital.”

The prosecutor, Inspector, Dominic Ochaba, asked that the accused be remanded in the correctional centre, Makurdi pending when the investigation into the matter is concluded.

Counsel to the accused, S.O. Obekpa, however, did not object to the prosecutor’s prayer but drew the attention of the court to the First Information Report.

“There is no objection to the prosecutor’s prayer but where and manner the fuel was kept,” said Obekpa.

The lawyer, however, requested for oral application to be made in respect of the FIR but was declined by the magistrate.

The Magistrate, Regina Ochokwunu, however, ordered that the accused be remanded in the correctional centre and adjourned the case to March 5, 2021.