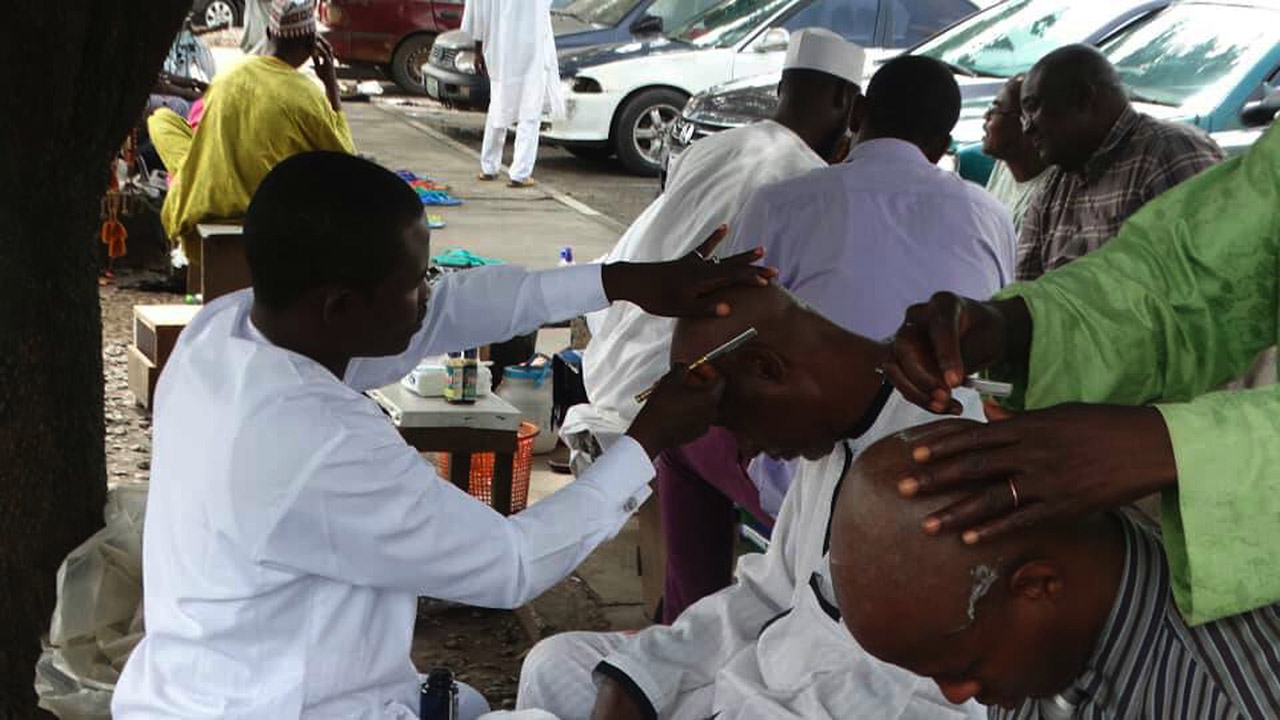 A former player of FC Barcelona, Haruna Babangida, has written a letter of complaint to the Grand Khadi, Sharia Court of Appeal, Kaduna demanding for justice over a judge who ‘ordered’ for his head to be shaved in court last week in Kaduna.

According to the statement made by the 38-year-old, who is a younger brother to two former Nigerian internationals Tijani and Ibrahim Babangida, which was published by Daily Trust, Haruna Babangida went to court to make a complaint about a fraud, and while appearing in front of Justice Nuhu Falalu, his appearance and hairstyle did not go well with the judge who reportedly insulted the footballer.

Haruna Babangida explained that he was embarrassed by the judge inside the court and was also ordered to be detained and his hair was then shaved.

In his letter sent to the Grand Khadi, Sharia Court of Appeal, Kaduna, the former Shooting Stars’ player wants justice to be done on the way he was treated by the judge. “Sir, I only reported a case of fraud i.e., 419 before the Court, but the said judge ordered and I was detained in a cell and not only that, my hair was cut off in front of everyone in the court room and equally assaulted simply because I only appeared in my professional training outfit as a professional footballer before the court.

“Thus, the said act of Judge Nuhu Falalu of Sharia Court, Magajin Gari, Kaduna has greatly damaged my personal character when he called me names as useless/rascal and stupid in public, and I know that have spent my life and talent responsibly.”