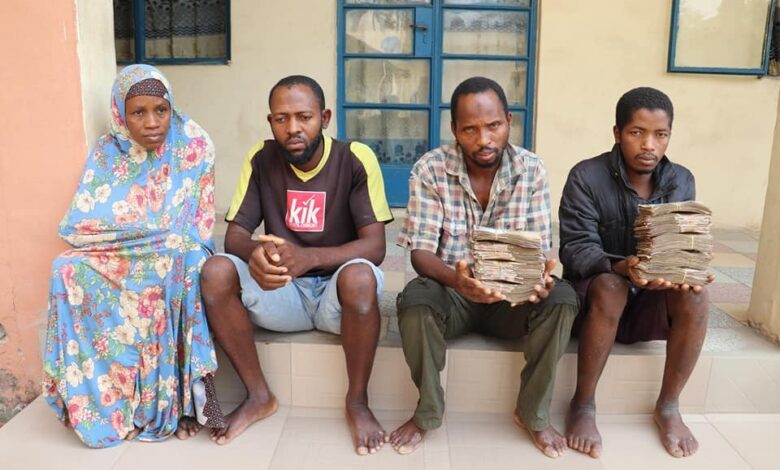 Police in Niger State has arrested seven suspected bandits involved in the kidnapping of residents in the state and recovered a cash sum of N3.2million.

Spokesperson of the command, ASP Wasiu Abiodun, who disclosed this in a statement on Monday, January 18, said police operatives attached to the Anti-kidnapping unit of the command, arrested four suspected bandits during a patrol along Gwada/Shiroro road on December 24.

“The said Abdulkareem and Nura were arrested with a sum of one million, five hundred thousand nairas in their possession. During interrogation, the suspects confessed to be members of armed bandits terrorizing Kussasu/Galadima kogo area of Shiroro LGA and that the money proceeds from kidnapping ransom and sale of rustled cattle which they were sent to transfer the money to one Ishaku and Adamu both ‘m’ of Kagarko, Kaduna,” the statement reads.

In a similar development, three suspected bandits and kidnappers were arrested by police operatives attached to Ibbi Division while on patrol along Ibbi/New-Bussa road on December 31, 2020.

“The suspects were searched and about one million, seven hundred thousand nairas were found in their possession. During interrogation, the suspects confessed that the money is the proceeds shared from the kidnapping ransom of about three victims kidnapped from Nasko and Mashegu. A case under investigation.” Abiodun added.