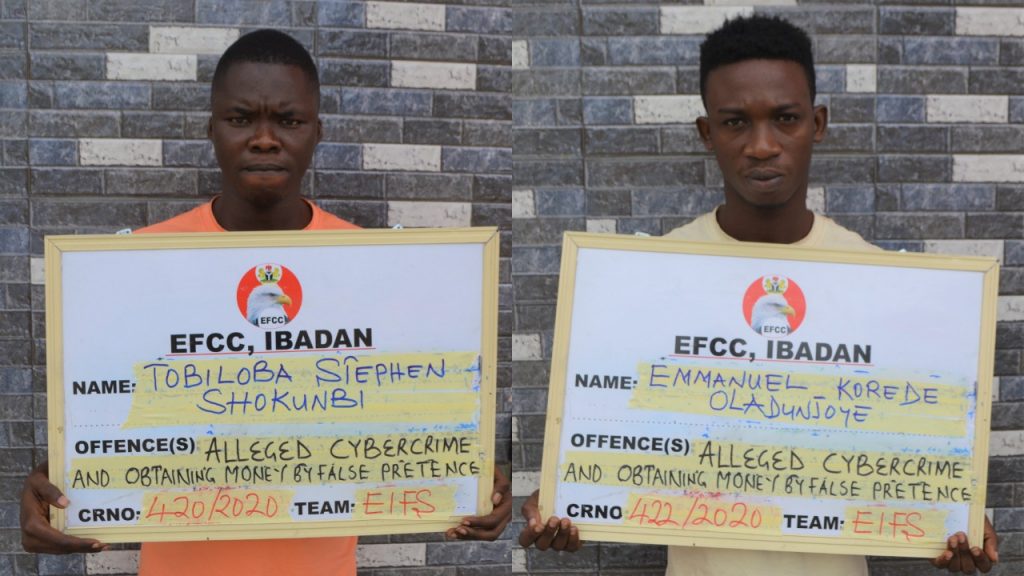 Two internet fraudsters popularly known as Yahoo boys have been sentenced to jail in Abeokuta, the Ogun State capital.

The duo of Tobiloba Stephen Shokunbi and Emmanuel Korede Oladunjoye was sentenced Tuesday by Justice Ibrahim Watilat of the Federal High Court, Abeokuta.

The Economic and Financial Crimes Commission (EFCC) confirmed that Sokunbi and Oladunjoye were convicted and sentenced to six months and four months imprisonment respectively.

The EFCC said the two were found guilty of criminal impersonation, a charge filed separately against them by the EFCC, Ibadan Zonal Office.

The convicts were said to have pleaded guilty to the charges when read to them.

While delivering his judgment, Justice Watilat ordered that the convicts forfeit all the items recovered from them in the course of investigations.

He also ordered Shokunbi and Oladunjoye to restitute $1,000 and N200,000 respectively to their victims.