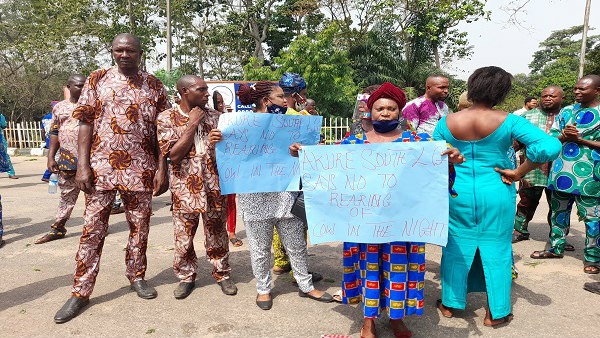 Following the brickbats between the Ondo State Government and the Presidency over the ultimatum given to herdsmen to vacate Ondo forest reserves within seven days, Pro-Akeredolu supporters hit the streets of Akure, the State capital on Thursday to show their support for the governor’s order.

The protesters carried placards urging Governor Rotimi Akeredolu not to back down on his directive.

This comes amid the controversy the governor’s order has generated.

Oyo State Governor Seyi Makinde had on Wednesday warned against such directive that could further worsen security.