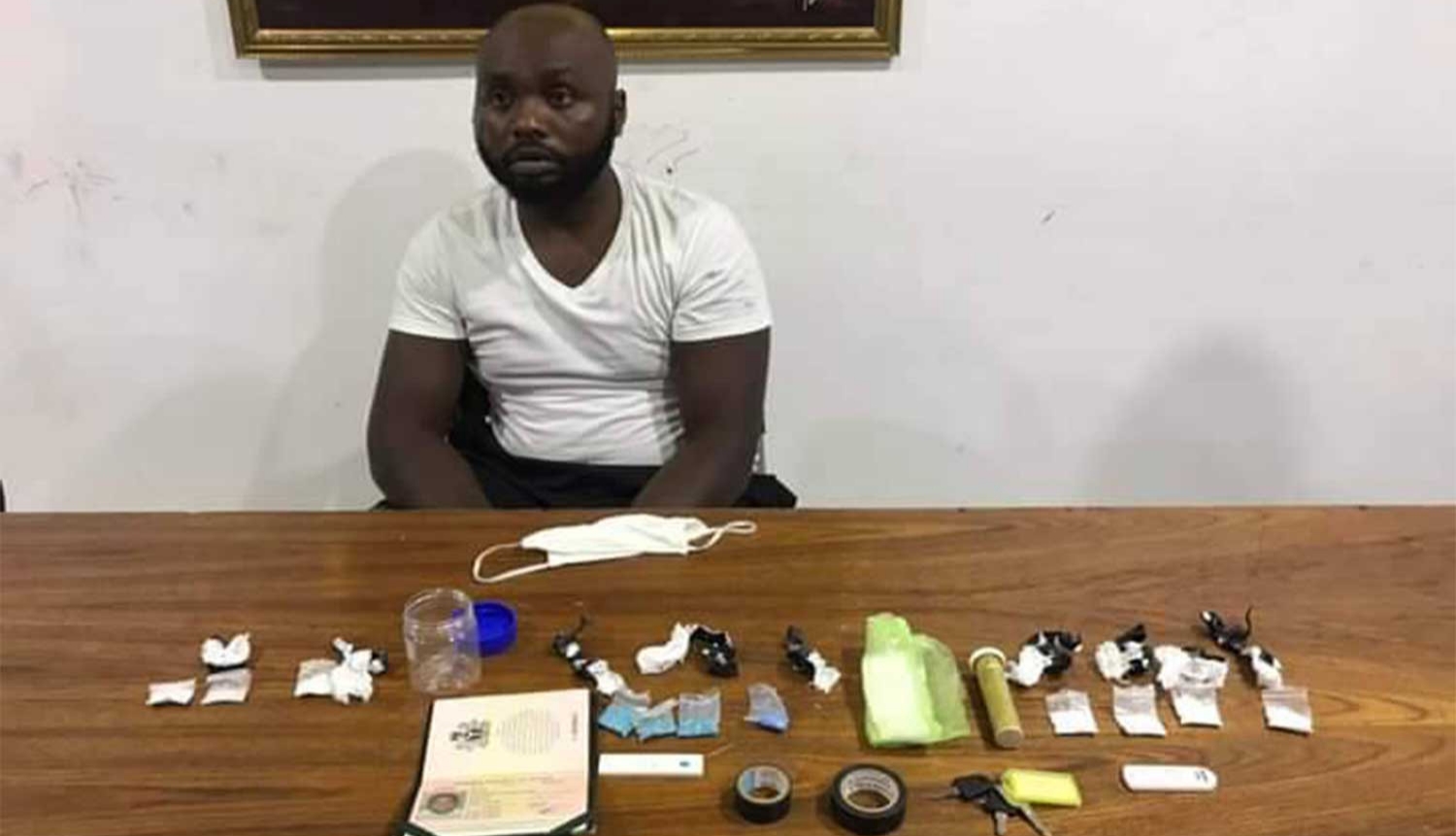 Patong police have arrested a 26-year-old Nigerian man in Thailand after he was found in possession of crystal methamphetamine, cocaine and ecstasy.

The suspect identified as Davidsmith Chinazaekpere Ejiogo was apprehended in Soi Nanai 8, off Nanai Road, in tambon Patong area of Phuket on Tuesday, January 19, as he was allegedly making a delivery to customers.

Following the intelligence gathered, officers led by Maj Suchart Chumphusaeng of the Patong Police arrested Ejiogo after he was found to be carrying 1.25 grams of ya ice in his pants pockets.

After questioning the suspect, police searched his rented apartment in Kamala where they found 1.5g of cocaine in a drawer near his bed and 4.7g of ecstasy under a plant pot in front of his room.

During questioning, Mr Ejiogo told police that he received the drugs from a friend, who he identified as an Asian man living in Bang Tao, Cherng Talay.