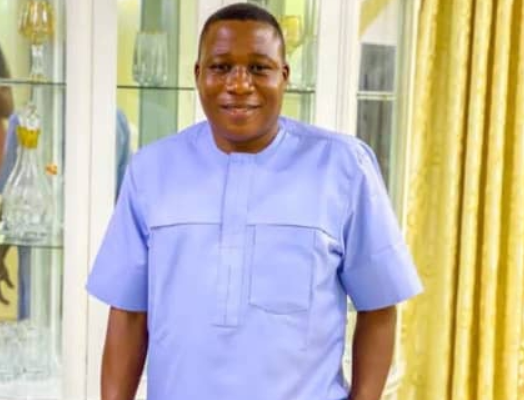 In the ancient City of Ibadan everyone knows the name Sunday Igboho.

He is a politician and a grassroots mobiliser. He has a reputation for defending people against injustice.

One will probably ask a question “Why did Sunday choose the nickname “Igboho”?

During one of his interviews, he told a story about its origin. He said that people in Yoruba Land tend to give other inhabitants the “names” due to the place they live in.

His father was called “Baba Igboho” because he comes from Igboho.

As a result, Sunday got the name “Sunday Omo Baba Igboho”.

Here are few things to know about him:

1. Chief Sunday Adeniyi Adeyemo, popularly known as Sunday Igboho was born October 10, 1972. He is a right activist and a politician.

2. He is the chairman of Adeson International Business Concept Ltd and popularly referred to as the Akoni Oodua of Yoruba.

3. He started off as a motorcycle repairer and then ventured into automobiles where he sells cars and was able to start Adeson business Concept.

4. He is married to two wives and has children, including three professional footballers in Germany

5. He once worked with former Oyo Governor Rasheed Ladoja and became one of his most trusted aides. He became famous as a strong defendant of the Modakeke people in the Modakeke/Ife war between 1997 and 1998.

6. He gained social media tractions in January 2021 when he gave a week ultimatum to herdsmen in Ibarapa to vacate the land after the killing of Dr. Aborode.

7. He is believed to possess metaphysical powers and is a strong advocate for the Oduduwa republic.