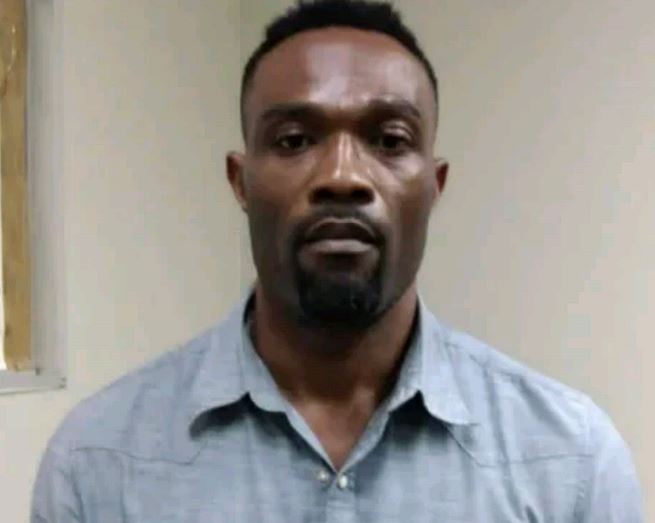 Okonkwo Kingsley Nwabuike, a 46-year-old fugitive Nigerian drug dealer who skipped bail and fled South Africa more than three years ago after failing to appear in court has been rearrested.

The man was rearrested while trying to re-enter the country on a flight from Nigeria.

“His arrest followed information received from Interpol about the suspect, who was circulated as wanted in August 2017 for dealing in drugs, said to be arriving at the airport in Johannesburg from Nigeria. The Hawks pounced on him shortly after his arrival,” the Hawks spokesperson, Captain Dineo Sekgotodi said on Friday.

Nwabuike was initially arrested along with Cypriah Joshua Emeka, 31, on August 31 2017 in Secunda during a search and seizure operation. They were found in possession of Crystal meth, Kat and uncut rock drugs valued at R300,000.

“They were both released on bail. Emeka continued with his court appearances while Nwabuike failed to appear in court and skipped bail. He fled to his country and a warrant of arrest was issued against him and he was flagged and circulated as a wanted suspect,” the Hawks said.

Nwabuike appeared before the Secunda Masgistreate’s Court on Friday, January 22, 2021, and the case was posponed to January 26 for a formal bail application.

READ  4653 Rounds Of Bullets Disguised As Rice, Intercepted In Zamfara

Meanwhile, the Provincial head of the Directorate for Priority Crime Investigation, Major General Zodwa Mokoena applauded the team for the swift response and a collaborative working relationship between the local police and INTERPOL which led to the arrest.