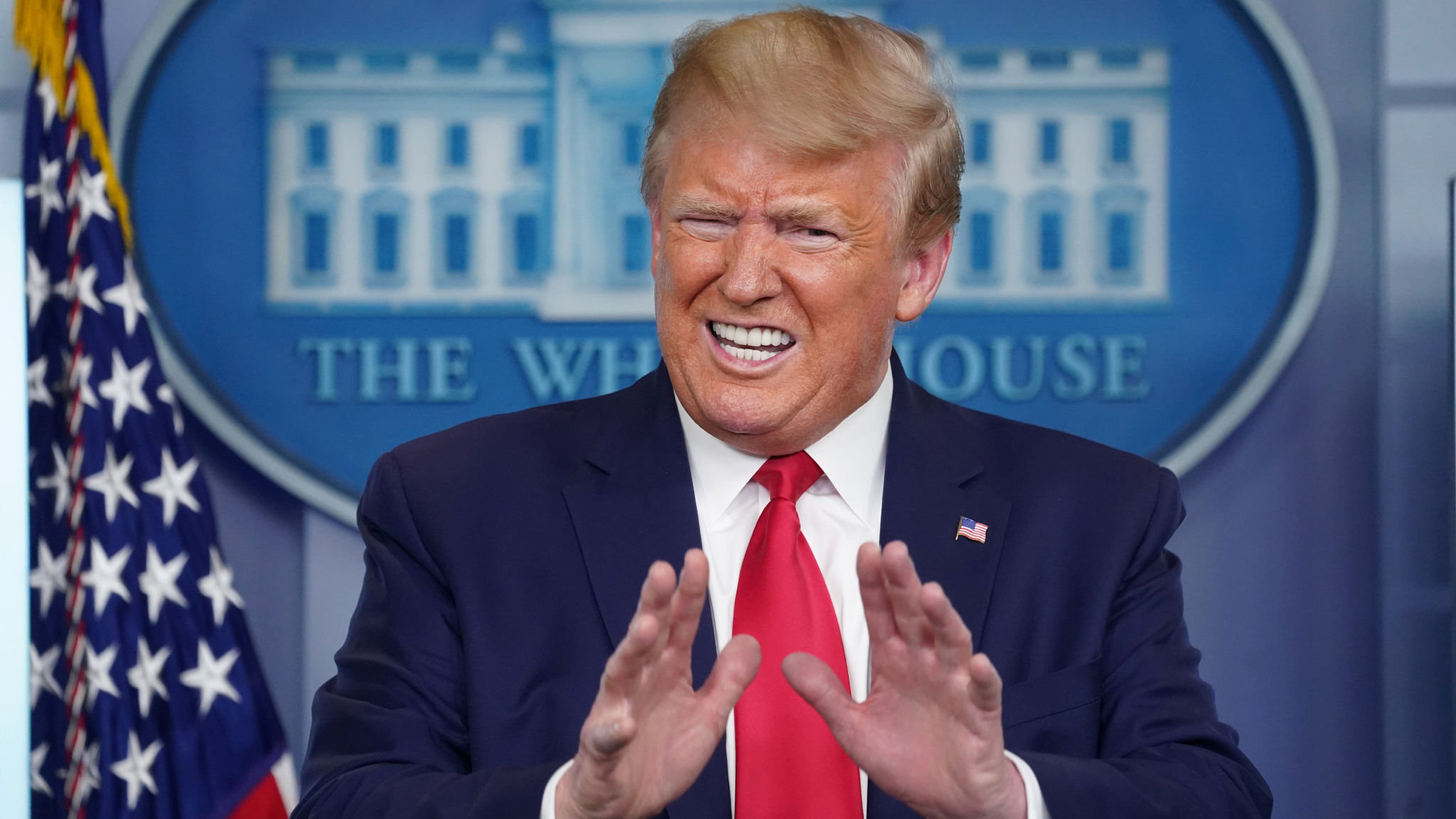 Nigeria and other African nations have been urged to impose sanctions on immediate past U.S President, Donald Trump and top officials of his administration over worsened diplomatic relationship between the United States and the continent.

According to civil society group, All Lives Matter in Nigeria (ALMN) at a world press conference on Sunday in Abuja, this is necessary to send a strong signal to other world leaders insincere in their dealings on issues that affect Africa.

Recall that China, on Wednesday, slapped sanctions on 28 former Trump administration officials including his Secretary of State Mike Pompeo.

In his address, Comrade Bonaventure Maduka Director, Public Enlightenment, said Trump was insincere with Africa and most of his policies were targeted at Nigeria and against the country’s socio-economic growth.

Maduka revealed that the imposition of a travel ban on Nigerians and blacklist for alleged religious freedom violation is a clear example of his anti-Nigeria policies.

The All Lives Matter in Nigeria, therefore, called om Nigerian authorities to issue an executive order imposing travel bans and business restrictions on some of Trump’s top allies.

The group noted that the U.S instead of extending support to Nigeria in the war against terrorism and other militancy acts, the past administration propagated a narrative that almost sparked an ethnoreligious crisis in the country.

The All Lives Movement in Nigeria, however, charged all African nations to be united against Trump in protest of his egregious policies that stifled socio-economic growth and development in the continent.

While welcoming the travel ban reversal by Joe Biden, the group hoped that this would trigger a diplomatic turnaround in the relationship between Nigeria and the United States.

It added that it expects Biden to give Nigeria its pride of place amongst the comity of nations and upturn the obnoxious policies of the Trump administration.

The All Lives Matter in Nigeria Movement welcomes you all to this press conference in the light of the happenings in the United States of America and indeed worldwide.

Cognizant of Joseph Biden’s swearing-in as the 46th President of the United States of America, the outgone administration of Donald Trump has continued to generate controversies around the world for conducts that undermines democracy.

The Capitol’s invasion by supporters of Donald Trump gives a clear picture of the personality of Donald Trump and his level of sincerity and commitment to the entrenchment of democracy, not just in the United States of America but all around the world.

It is indeed a statement of the fact that the administration of Donald Trump was very hostile to Nigeria in ways too numerous to mention. One of such is the imposition of travel ban which affected families of Nigerians living in the United States of America.

Former President Donald Trump also attempted to ignite a religious war in Nigeria by alleging Christians’ persecution by the government in Nigeria.

While this was regarded as a most despicable act by the President of the United States of America, he labelled Nigeria and other African countries as shithole countries.

All Lives Matter in Nigeria Movement is of the considered opinion that Donald Trump’s administration was by every inch of imagination against the socio-economic growth and development of Nigeria.

Therefore, we are constrained to demand that the Nigerian government imposes sanctions on Donald Trump and members of his administrations whose actions and inactions harmed Nigeria. This is indeed necessary to send a strong signal to other world leaders insincere in their dealings on issues that affect the African continent.

READ  Group Reports Buhari To US, UK Over Onochie’s Nomination As INEC Commissioner

The All Lives Matter in Nigeria Movement would be releasing a report on the many atrocities of the Donald Trump administration on Nigeria in the past four years. We shall also be demanding punitive actions against Donald Trump and his associates to ensure that they do not have any business dealings in Nigeria and on the African continent.

We are also using this medium to call on the Minister of Foreign Affairs in Nigeria, as well as his counterpart in the Ministry of Justice to issue an executive order imposing travel bans and business restrictions on Trump’s secretary of state, Mike Pompeo, national security adviser Robert O’Brien and U.N. ambassador, Kelly Craft, and former national security adviser John Bolton and strategist Stephen Bannon.

The urgency of now requires that this action is taken against the individuals mentioned above who were advisers and confidants of Donald Trump during his reign as President of the United States of America.

These individuals, alongside Donald Trump, did insult our sensibilities. Their tactic refusal to extend support to Nigeria in the war against terrorism and other militancy acts. Instead, they propagated a narrative that almost sparked aethnoreligiousus crisis in the country.

The All Lives Matter Movement in Nigeria uses this medium to encourage other African countries to impose travel bans and business restrictions on Donald Trump and his top advisers since in their estimation and wisdom; Africa is a continent of shithole countries.

It is our firm belief that the new administration in the United States of America would give Nigeria its pride of place amongst the comity of nations and upturn the obnoxious policies of the Donald Trump administration.

While we commend President Joe Biden for taking the bold step of reversing the travel ban imposed by Donald Trump on Nigeria and other countries, we also hope that this step would indicate the future of what to expect in the diplomatic relationship between Nigeria and the United States of America.

We hope that the government of Nigeria acts in the overall interest of the people of Nigeria that were disdainfully treated by Donald Trump while he was President of the United States of America.

We thank you for your keen attention and time.