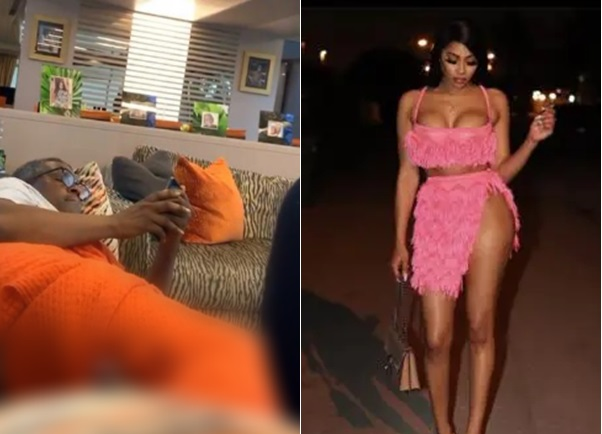 Alleged Dangote’s American mistress identified as Autumn Spikes has claimed that the Africa’s richest man Aliko sued her for extortion after she allegedly released damaging photos and video of the billionaire on social media.

The woman using the Instagram handle @allarounda1 posted court papers on social media on Sunday to back her claim.

According to the papers, charges were filed in a court in Miami, Florida, United States.

She claimed that Dangote using the pseudonym John Doe and DA is asking for $30,000 compensation in a civil lawsuit for exposing private pictures of him on social media early January.

Ms Spikes said Dangote had taken the wrong turn by making the case public, indicating that the billionaire risked having additional embarrassing information about him published on the Internet as part of the suit.

She also claimed they were in a relationship for nine years without a non-disclosure agreement (NDA) to gag her from publicly commenting on the affair.

Spikes said about a month ago she was offered some money to sign an NDA which she refused.

“I was insultingly offered 15k and 2,500 a month to sign an NDA but I declined. I gained legal counsel in which we countered his offer. Mind you his first initial offer wasn’t disclosed in the terms of his proposed NDA.

“Therefore I was pressured and influenced to sign. Which was already a violation of his own NDA He denied knowing me and our relationship to his lawyers and we’re asked for proof of our affair…now I’m being sued for extortion?” she wrote.