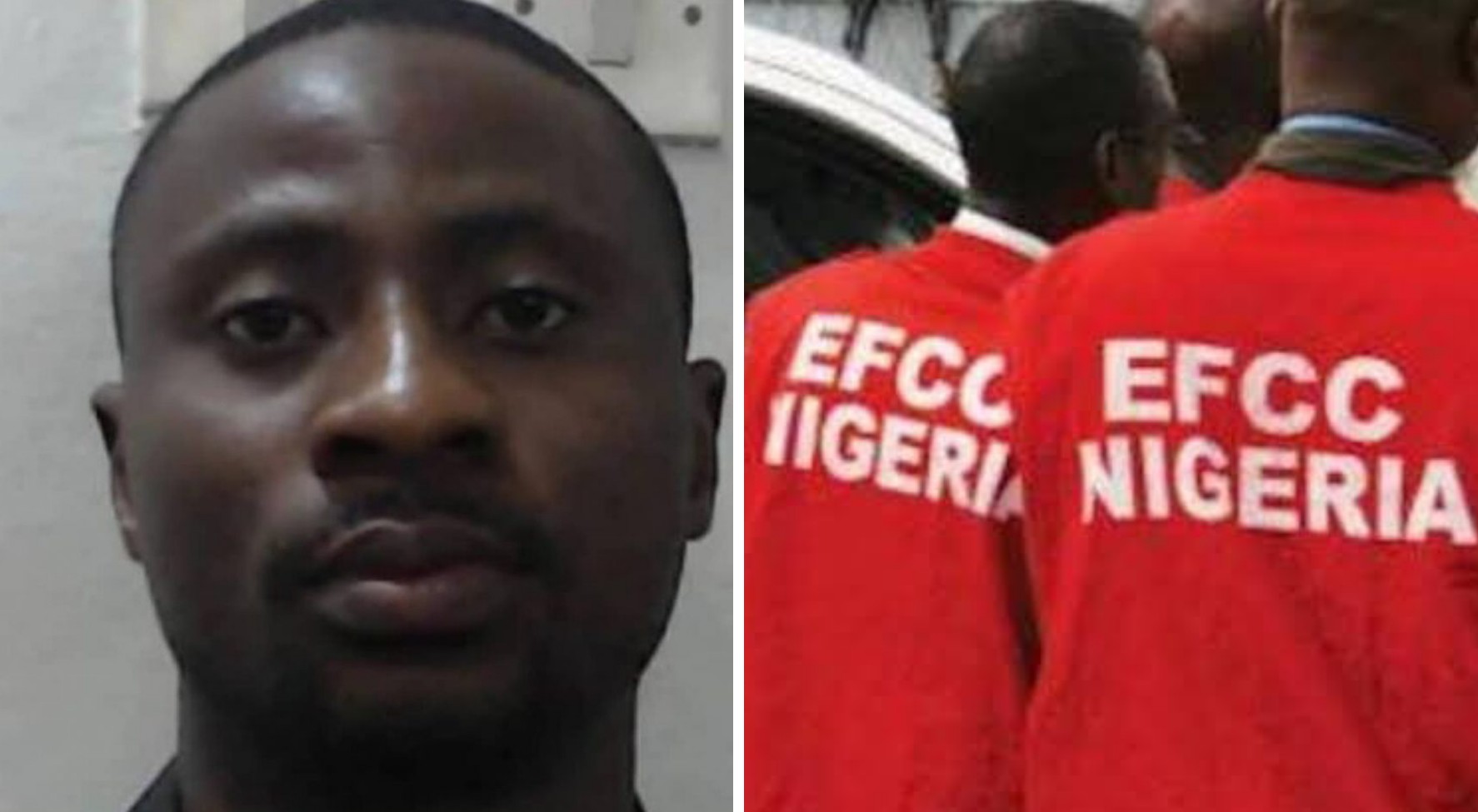 The Economic and Financial Crimes Commission (EFCC) on Thursday secured the conviction of Iweregbu Daniel Chima.

Justice Oluwatoyin Taiwo of the Special Offences Court in Lagos, sentenced Chima to 18 months in prison.

The convict created social media accounts and presented himself as Larry Pham.

EFCC swung into action after a Federal Bureau of Investigation (FBI) report on his involvement in computer-related fraud.

Chima was arraigned on December 4, 2020 on charges of cheating, obtaining by false pretence, and retention of proceeds of crime.

The convict was ordered to pay $15,000 in favour of the United States Consulate.

The refund is part of the money he had unlawfully benefitted.