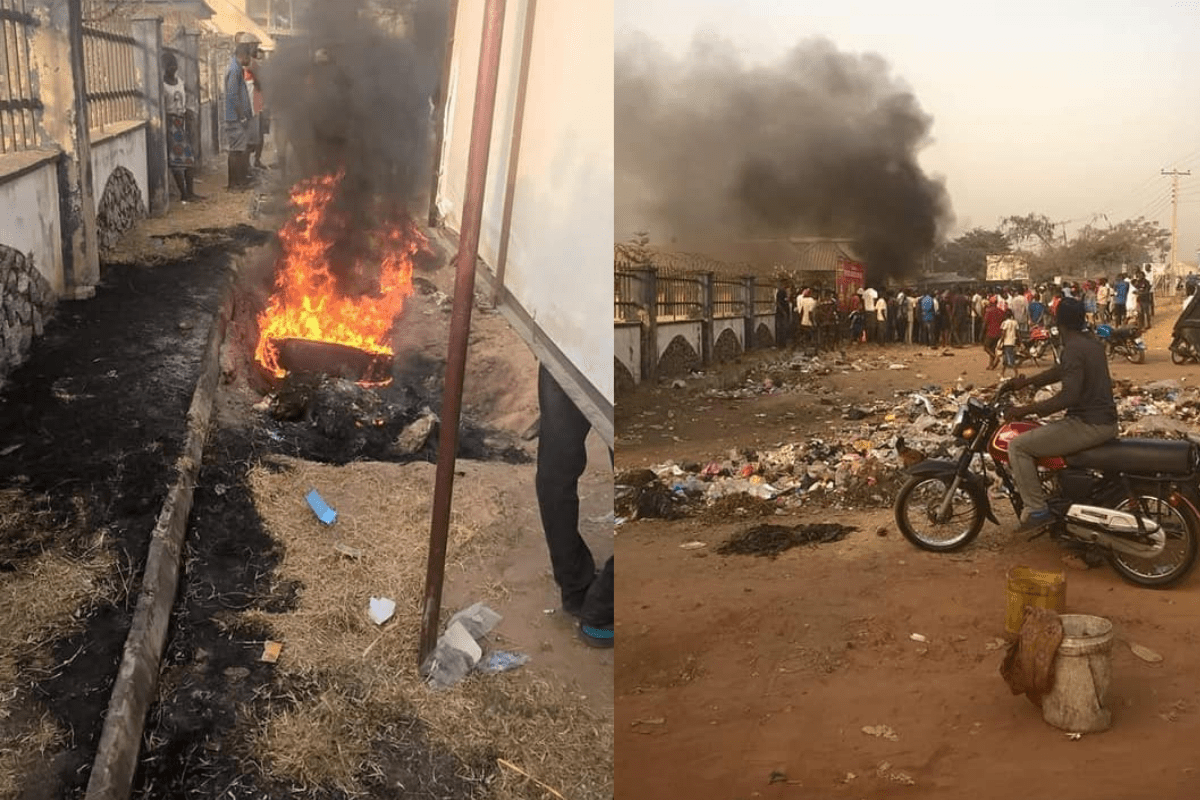 A yet-to-be identified man suspected to be thief has been reportedly set ablazed by mob for allegedly attempting to steal a motorcycle in Makurdi, the capital of Benue state.

One of the suspect was set ablaze by mob in front of LGEA primary school in Wurukum in the early hours of Sunday, January 24.

A witness told newsmen at the scene of the incident that the deceased suspect was killed and burnt with tyres after he made unsuccessful effort to snatched a motorcycle from its owner.

Another witness, a food vendor, whose makeshift shop was situated closely to the scene of the incident, further narrated, that it was about 5:20am when a certain commercial motorcyclist and his two passengers alighted at the gate of the primary school.

“An argument ensued between them after the motorcyclist insisted that he was yet to reach where the duo told him was their destination. The two passengers had earlier forced him to stop them at the primary school on gunpoint just as they demanded for the key to the bike,” she narrated.

“But, the motorcycle rider refused to hand them the key so they shot at him and the bullet didn’t penetrate. The motorcycle rider on his part picked a stone from the rubbles around there and hit it on one of them while he also raised an alarm which attracted people to the scene. One of the suspect escaped while the other was unlucky as the people who got to the scene to help the cyclist rider set him ablaze,”

“At Wurukum area, Information was received that a young man attempted to snatch motorcycle from a cyclist and was arrested by a mob. The police on reaching the scene, discovered that the suspect had been set ablaze. The command condemn such lawlessness and warns that members of the public should seek justice through the appropriate channel.” she said.

A social media user also shared photos from the scene of facebook.