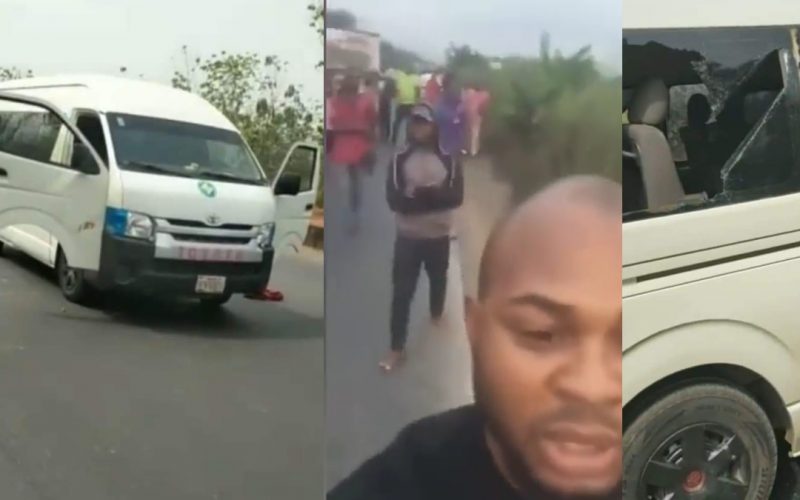 The suspected kidnappers emerged from the bush to attack vehicles on the Ondo State portion of the road.

In a video shared by a journalist, Olayinka Olukoya, a vandalised white passenger bus and a car was seen abandoned on the highway.

It was gathered that some occupants of the vehicles were taken into the bush by the abductors, while some of them escaped being kidnapped.

A young girl, who was travelling with her father could not ascertain his whereabouts as she was seen crying.

Speaking on the incident, Olukoya said:

“For your grace, my brother escaped being kidnapped today by Fulani herdsmen on his return journey home from Benin somewhere before Ore in Ondo State. This insecurity is becoming serious. Passengers in the white commercial bus kidnapped alongside the driver of the red car.”