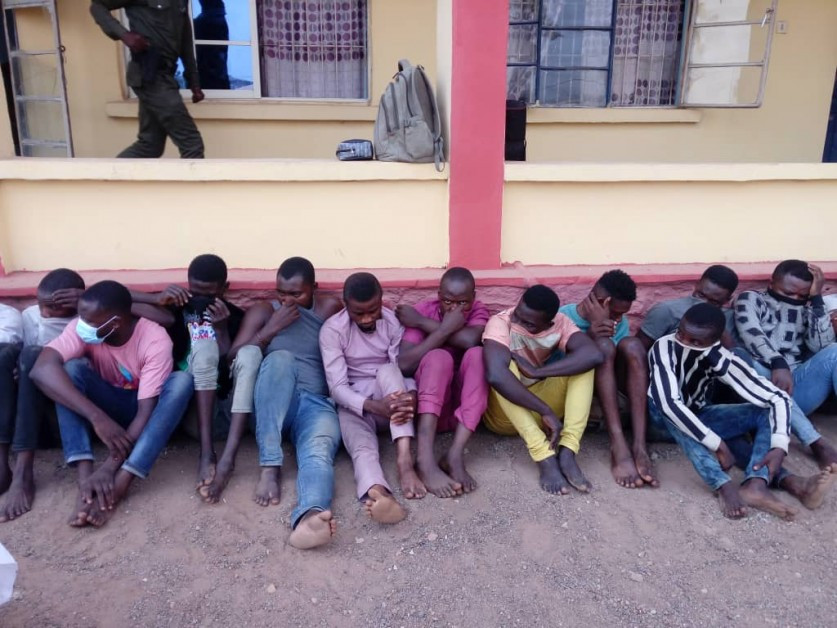 Twenty five cultists caught during initiation ceremony in Abeokuta, Ogun state have been paraded in public.

According to the Ogun State Police Command, the suspects are members of the Buccaneer cult group.

The suspects were among 59 others paraded on Wednesday, for rape, kidnapping, murder, armed robbery, fraud, among others.

Parading the suspects before journalists at the command’s headquarters, Eleweran, Abeokuta, the state Commissioner of Police, Edward Ajogun, disclosed that the suspects were arrested along with three herbalists, who conducted the initiation.

The commissioner said the cultists were arrested following intelligence reports, that some cultists were planning to unleash mayhem on members of the public, after conducting an initiation rite for new members in Ita-Oshin area of Abeokuta.

Items recovered from the suspects include battle axes, cutlasses, weed, suspected to be Indian hemp, and costumes of their group.

Also paraded were three murder suspects Ugo Obi, Chinozo Jude and Chibuike Samson, arrested for allegedly beating a 23-year-old man, Samuel Ajibade, to death over alleged theft of two mobile phones belonging to one of them.