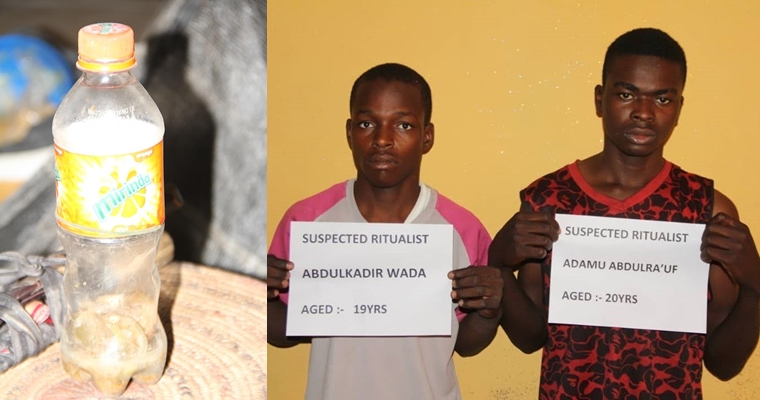 The mutilated genital organ suspected to belong to the 6-year-old girl, which was caught off by ritualists in Jamaare Local Government Area of the state, has been recovered by the Bauchi Police Command.

Two suspects Abdulkadir Wada Haladu, 19, and Adamu Abdulrauf, 20, were arrested in connection with the crime. Wada was nabbed in Mararraba, Nasarawa State where he voluntarily confessed to the crime.

Spokesperson of the command, Wakil, who confirmed the development in a statement on Wednesday, January 13, said a bottle containing the suspected genital organ (complete Vulva; Libia Majora, Libia Minora and clitoris) was recovered in the house of one of the suspected ritualists, Abdulkadir Wada Haladu.