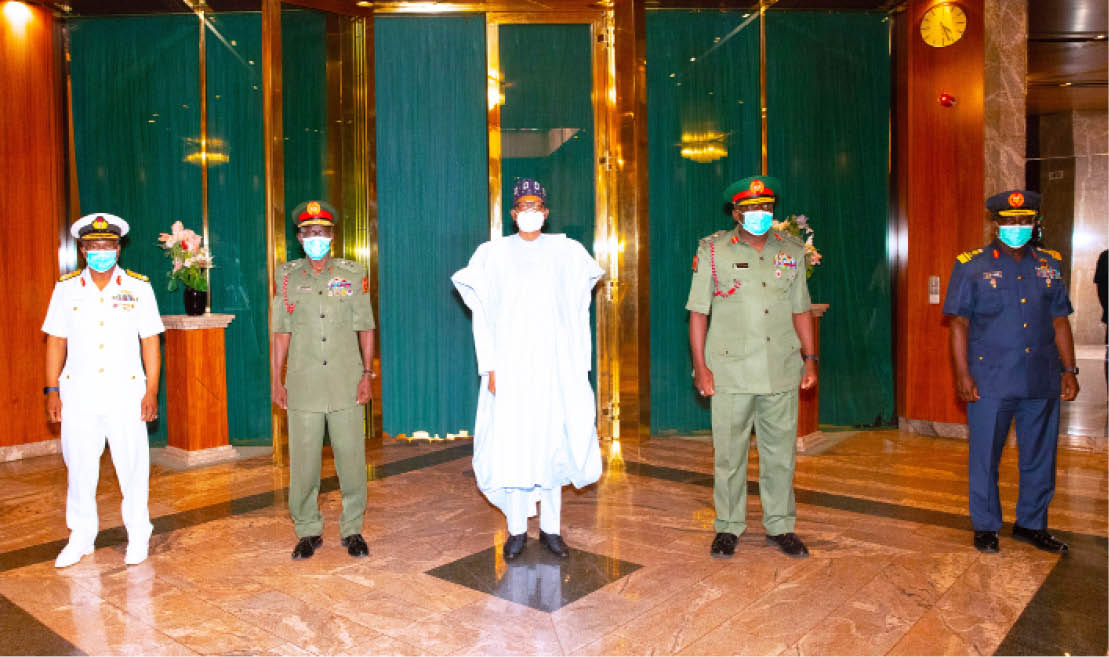 The new Service Chiefs were appointed on Tuesday and met the President on Wednesday evening for familiarization and briefing.

Femi Adesina, the Special Adviser Media and Publicity to President Muhammadu Buhari, has revealed what Buhari told the new Service Chiefs during their first meeting, The Nation reports.

The new Service Chiefs were appointed on Tuesday and met the President on Wednesday evening for familiarization and briefing.

Offering insights into what transpired during the meeting, Adesina in a Facebook post titled Inside PMB’s first meeting with new Service Chiefs said the President told them to end the war against insurgency and improve security across the nation.

The President, a former Military General, he said, told them to commit military assignments into trusted and tested hands.

He also asked them to look after the welfare of their officers so that they can deliver on the frontlines.

Adesina quoted Buhari as saying “Ensure they feel professionally and physically secure. In terms of equipment and other logistics, we are doing our best, and will do more.

“Give officers you can trust command, and support them. Respect seniority and intellectualism, but also use people who can deliver, those who show courage and leadership qualities.

“I trained in the United Kingdom, India, and United States of America. It was not because my superiors liked my face. They know what they saw in me.

“During the 30 months of our Civil War, I was virtually sentenced to the frontlines. Thank God nothing happened to me, not even a scratch. Competence, loyalty, courage, leadership must be rewarded with promotions.”