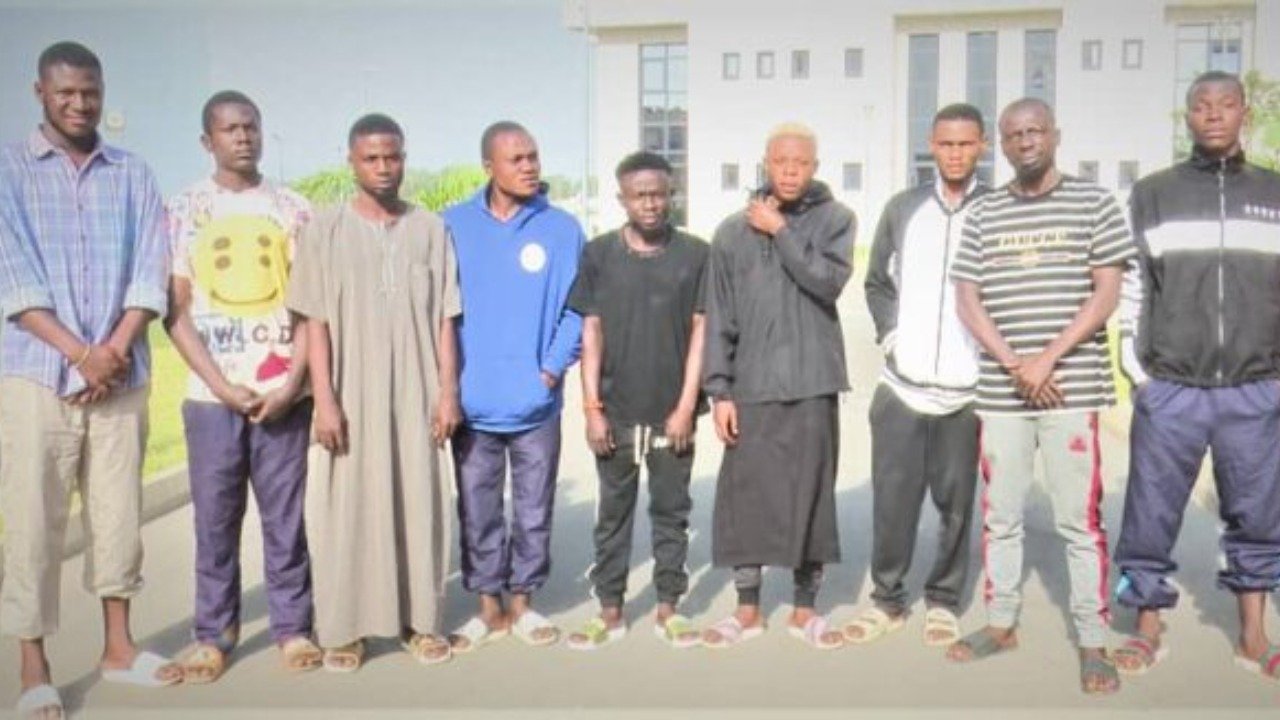 The Economic and Financial Crimes Commission (EFCC) on Friday in Abuja arrested 10 suspects for computer-related scams.

They were nabbed at a learning centre for cyber fraud.

EFCC spokesman, Wilson Uwujaren, announced the operation in a statement.

He disclosed that the suspects are between 20 and 30 years old.

Items found with them included mobile phones and computers.

The statement noted that the “promoter of the academy is on the run”.

The sponsor gets his percentage of their earnings based on an agreement.

“He also serves as a conduit for laundering the money gotten from internet fraud by some of the suspects”, Uwujaren added.

The suspects will be prosecuted after full investigation.