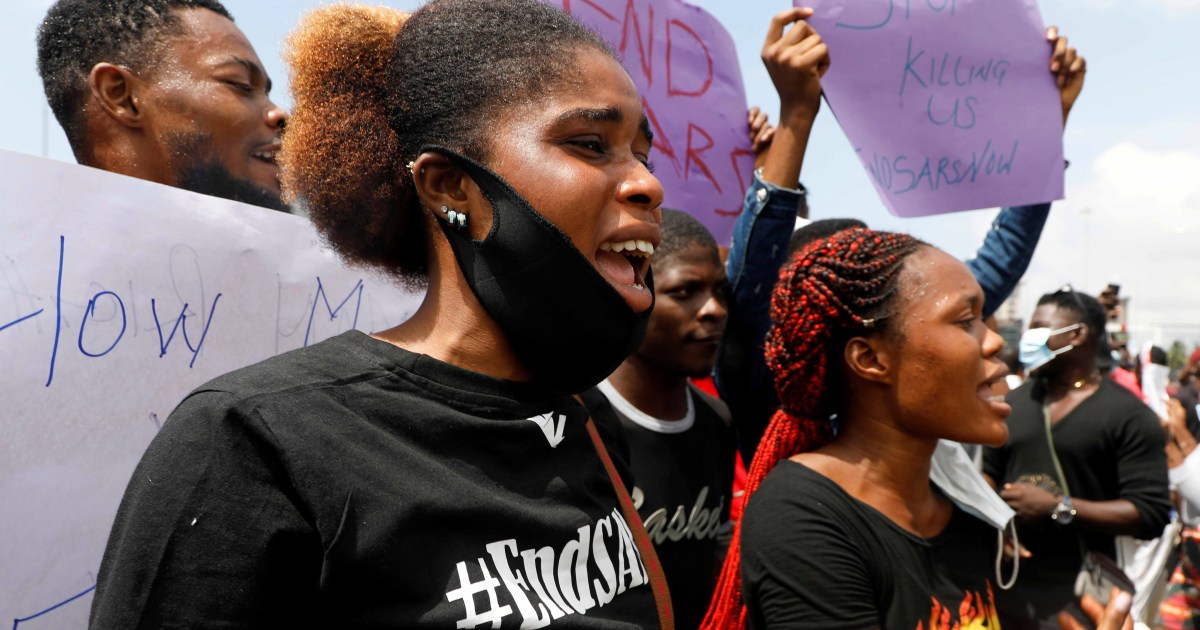 2020 was a significant year for Africa in many respects. It was not only the year when social norms were drastically altered, but it also marked the resurgence of African radicalism. The COVID-19 pandemic both amplified the extreme corruption that had long taken place on the continent, and forced marginalised communities to mobilise against such injustices at a moment of great need.

In order for Africa’s young radicals to maintain momentum in this new year, they must strategically organise themselves and move from localised rebellion towards a continental pan-African resistance.

A year of protest

The grievances expressed over the past year have been long held and the acts of injustice in question pre-dated the pandemic. However, COVID-19 created the perfect conditions for Africa’s downtrodden to reach breaking point, as people saw governments display even greater disregard for their citizens despite the dire health and social situation the world found itself in. From Nairobi to Lagos to Johannesburg, young people took to the streets to protest police brutality and the ubiquitous corruption plaguing their governments.

While police brutality had predated the health crisis, such abuses had escalated during the pandemic, as social distancing measures and curfews emboldened violent police forces and gave them a convenient excuse for their cruelty. This was an issue quickly identified by the United Nations High Commissioner Michelle Bachelet who spoke of the “human rights disaster” awaiting countries where emergency measures were being weaponised against citizens.

In June, hundreds of demonstrators took to Mathare, an informal settlement in Nairobi, to protest police brutality in the country. Records by the Independent Policing Oversight Authority showed that in the first three months of the nationwide curfew imposed due to the pandemic, 15 deaths and 31 injuries were directly caused by police brutality.

South Africans also took to the streets in June to protest against police brutality which had disproportionately victimised Black people during the national lockdown. Standing outside the country’s constitutional court, protesters remembered the life of township resident Collins Khosa, who was killed by South African soldiers, enforcing a COVID-10 lockdown, while also extending sympathy for George Floyd, an African American killed by US police.

In October, thousands marched in Lagos and other Nigerian cities to protest violence by the Special Anti-Robbery Squad (SARS) against young people. The mobilising success of the movement lay primarily in its activists’ use of social media to organise street protests, both in Nigeria and internationally.

The year ended with popular protests and brutal repressions in Uganda ahead of the hotly contested January elections. Following the arrest and alleged harassment of opposition presidential candidate Robert Kyagulanyi, better known as Bobi Wine, violent protests erupted in November and resulted in 54 deaths. The situation did not improve in the run-up to the election, as there were further accusations of security forces killing opposition supporters and attacking journalists.

Despite the mass support garnered by the #EndSARS protests and continent-wide interest Bobi Wine’s defiance has attracted, a unified political movement across sub-Saharan Africa has failed to materialise. One of the reasons behind this absence of pan-African solidarity is that African radicals are focusing all their energy on building local sites of resistance while failing to unite the experiences of marginalised communities regionally and continentally.

But in order for African radicals to sustain the momentum behind their movements and truly tackle corruption and institutional brutality, a pan-African approach must be adopted.

This approach to resistance would involve the creation of strong networks and alliances between radical movements with similar values and visions for the continent. These networks would not only give strength to movements facing extreme government suppression but would also enable Africa’s radical activists to tackle endemic class inequality and the omnipresent plague of corruption.

One must realise that many African governments, guilty of exploiting citizens and appropriating funds, are allied through covert informal pacts which enable them to continue their corrupt practices. While the scale of embezzlement and institutional brutality varies between African governments, leaders on the continent are hesitant to call out their neighbours for abuses of power, as they themselves hold similar records at home. Instead, most of Africa’s leaders and continental organisations such as the African Union opt to turn a blind eye to such abuses and thus become complicit in them.

Adopting a pan-African approach would enable Africa’s radicals to not only tackle systemic corruption and violence within their country but also to confront the continental networks of power which prevent real change from being enacted. Mobilising like-minded radicals across the continent would also form effective support bases for local marginalised groups, which may lack the resources to effectively challenge powerful centres.

Those currently in power have already realised the benefits of continent-wide cooperation. They have set up numerous regional unification initiatives in West and East Africa and ratified the African Continental Free Trade Area. Although these are capitalist ventures that come with their neoliberal flaws, they still demonstrate that pan-African unity is in the best interest of the African people.

Mobilising across nations offers great opportunities for those seeking to challenge oppressive regimes and institutions. In order to change the status quo, radical activists should recognise the utility of adopting this continental approach.

The importance of education and inclusivity

When forming pan-African movements for change, it is also important for grassroots campaigners to reflect on the continent’s rich history of radicalism in order to learn from the successes and failures of previous mobilisers. The often-complex histories of African radicals such as Samora Machel, Winnie Mandela and Thomas Sankara can offer both inspiration and caution for those seeking radical change.

Historical education is of great importance and therefore, such knowledge should not only be held by a small group of academics within these movements. It is important for radical movements to raise the political consciousness of their members and ensure that those in rural areas or lacking access to resources are included in this endeavour.

One way of achieving this is through producing and distributing radical multimedia content in digital and print formats so that it can be easily shared among those with and without access to technology and the internet.

The decision by #EndSARS activists not to identify any individuals as leaders was truly inspiring and emphasised the importance of strategic organisation. The Nigerian activists were aware that having appointed leaders made the movement prone to manipulation by the government, so they were eager to avoid this. Furthermore, having prescribed leaders is disastrous for radical movements as it would risk causing divides between the “vanguard” leaders and the resisting masses.

As well as avoiding organisational hierarchies, radical movements on the continent should also seek to further include those who bear the brunt of state brutality and societal oppression. For example, the contribution of radical women in historical anti-colonial and women’s liberation struggles is often overlooked and downplayed, despite women such as Bibi Titi Mohammed, Muthoni Kirima and Funmilayo Ransome-Kuti having played vital roles in movements for change. African women are targeted by governing institutions in unique and often overlapping ways, and therefore, their voices must be amplified when pushing for change.

Additionally, African radicals should seek to include and protect the continent’s LGBTQ+ community which frequently endures legislative violence and is outcast even within the social class peripheries. As US civil rights leader Martin Luther King famously stated: “Injustice anywhere is a threat to justice everywhere”. The fight against institutional brutality cannot be fought without an intersectional assessment of state violence that recognises the nuances of various community experiences.

Once these pan-African movements crystallise, mobilisers will be faced with the task of delicately balancing the focus of their campaigns. For example, it is as important to tackle localised and immediate issues, such as police brutality, as it is to address structural challenges like neo-colonialism and capitalism. A balance between these micro and macro approaches will ensure that the concerns of the everyday person are not lost in vague academic discourse.

Africa’s working class have long been victim to exploitation by foreign powers and corrupt leaders. In these unprecedented times, marginalised communities must realise the immense power they have to challenge injustice and transform their own lives. Radical change not only requires discipline and strategy, but it also calls for pan-African unity of Africa’s disaffected masses.