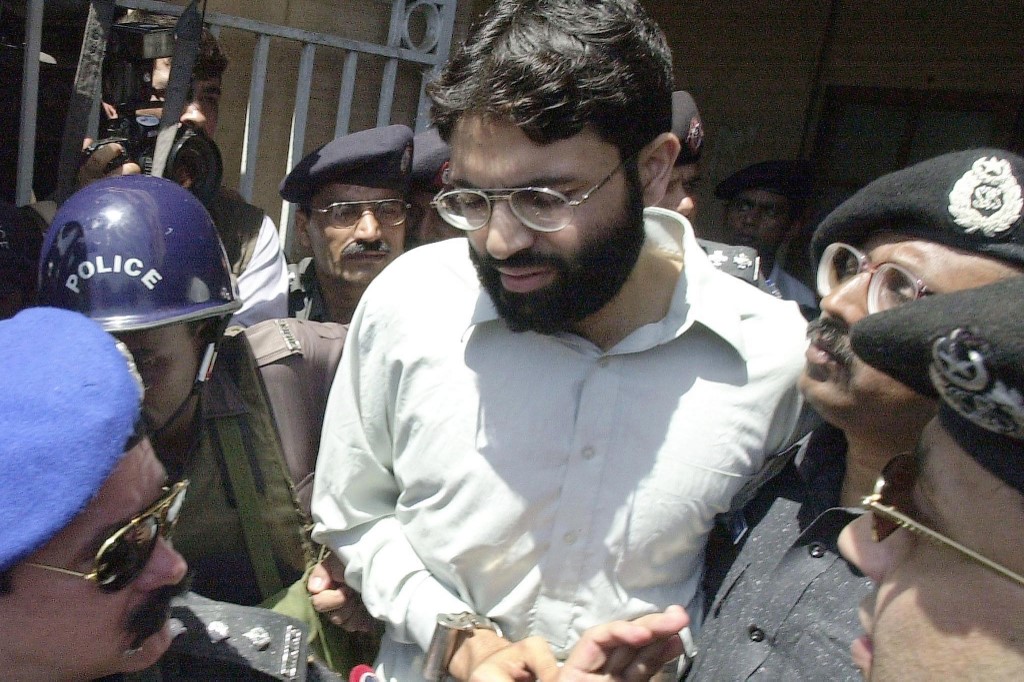 Supreme Court says Ahmed Omar Sheikh should be released from prison and kept in a ‘rest house’, pending ongoing appeals.

Islamabad, Pakistan – Pakistan’s Supreme Court has ordered the release from prison of a British-Pakistani man accused of masterminding the kidnapping and beheading of Wall Street Journal correspondent Daniel Pearl in 2002.

At a hearing in the capital Islamabad on Tuesday, the court ordered that Ahmed Omar Sheikh be moved from death row to a government-run “rest house”, where he is to be kept under a form of house arrest.

“He should be moved to a comfortable residential environment, something like a rest house, where he can live a normal life,” judge Omar Ata Bandial said, hearing a petition in which Sheikh had challenged his detention after having been acquitted by the Sindh High Court last year.

Local media reported that Sheikh’s family will be allowed to visit him for nine hours a day, but he will not be allowed access to a mobile phone or the internet. The exact terms of Sheikh’s confinement, if any, will be made clear once the court issues formal orders.

Tuesday’s decision came after the Pakistani government appealed the court’s decision last week to order the release of Sheikh from custody after he was acquitted of Pearl’s murder by the Sindh High Court last year.

The Supreme Court upheld that acquittal on Thursday in a two-to-one verdict, ruling that there was insufficient evidence to convict Sheikh for murder. The top court, however, did uphold the kidnapping charge.

Hearings in the government’s review petition against that Supreme Court acquittal are continuing, although no date for the next hearing has yet been set.

Sheikh, along with three others, was accused of kidnapping Pearl, who was reporting a story on armed religious extremist groups in the southern Pakistani city of Karachi in January 2002, months after the 9/11 attacks and the US-led invasion of Pakistan’s northwestern neighbour, Afghanistan.

Pearl went missing after leaving his hotel for a meeting he was told was with the leader of an armed group.

Days later, his kidnappers released images of him alongside a list of demands from the US that included the freeing of Pakistani citizens held during the US’s so-called “war on terror”.

Less than a month later, a video was released showing Pearl being beheaded. Sheikh and his alleged accomplices had been arrested weeks earlier. Pearl’s body was found by authorities in May that year

Sheikh, who was arrested in 2002 and convicted later that year, has already served his seven-year sentence on the kidnapping charge. The three other accused were acquitted on all charges and ordered to be released as well.

The US termed the Supreme Court verdict last week “an affront to terrorism victims everywhere, including in Pakistan”.

“The United States is deeply concerned by the Pakistani Supreme Court’s decision to acquit those involved in Daniel Pearl’s kidnapping and murder and any proposed action to release them,” said US Secretary of State Anthony Blinken in a statement released shortly after the acquittal.

Blinken repeated the demand for accountability during a call with Pakistani Foreign Minister Shah Mehmood Qureshi on Friday.

Sheikh was indicted in the US in 2002 for hostage-taking and conspiracy to commit hostage-taking which resulted in the murder of Pearl, as well as for the 1994 kidnapping of another US citizen in India.

Following his acquittal, the US Justice Department said it was ready to take custody of Sheikh and try him.

“While we remain grateful for the Pakistani government’s opposition to these acquittals on appeal, in light of the Supreme Court’s decision, the Department of Justice reiterates that the United States stands ready to take custody of Sheikh to stand trial here on the pending charges against him,” said Acting Attorney General Monty Wilkinson.