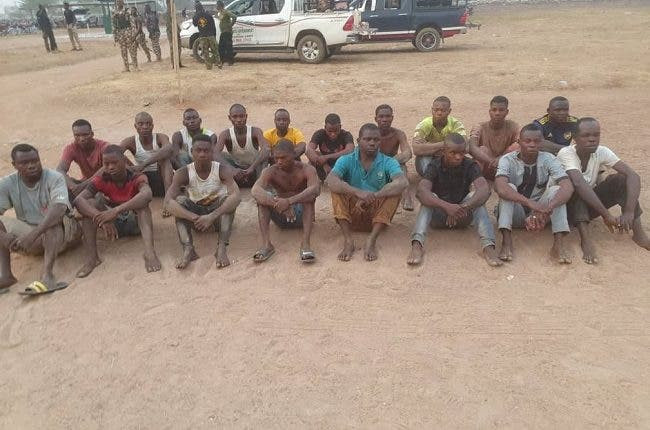 The Government of Benue State have announced that 17 suspected criminals who abducted Taraba youths have been nabbed by troops.

Recall that a combined team of soldiers and police from Benue and Taraba respectively recsued 19 out of 23 Takum youths abducted along Wukari – Takum road in Taraba state last Wednesday.

Speaking on the incident, the Special Adviser to Governor Ortom on Security, Col. Paul Hemba confirmed the latest development to journalists on Monday, February 1.

Hemba said that those who abducted the youths were loyalists of the late terrorist, Terwase Akwaza aka Gana.

According to the governor’s aide, the aim of the criminal elements was to trigger inter-communal crisis between the Tiv and Jukun tribes.

The security adviser said that all the kidnap victims are all Jukuns from Taraba, adding that the youths were kept at Ajon, Igbudu and Tor Donga axis all in Katsina-Ala local government area of the state.

“The aim of the kidnapers was to trigger inter-communal crisis between the Tiv and Jukun tribes in that axis so that they can have a respite from the pressure on them from the security forces.” he said.

Hemba also confirmed that the combined team of troops of Operation Whirl Stroke, 72 Special Forces Battalion, 83 Battalion and Mobile Policemen from Takum rescued 19 out of the 23 abducted victims, adding that efforts were on for the remaining four.