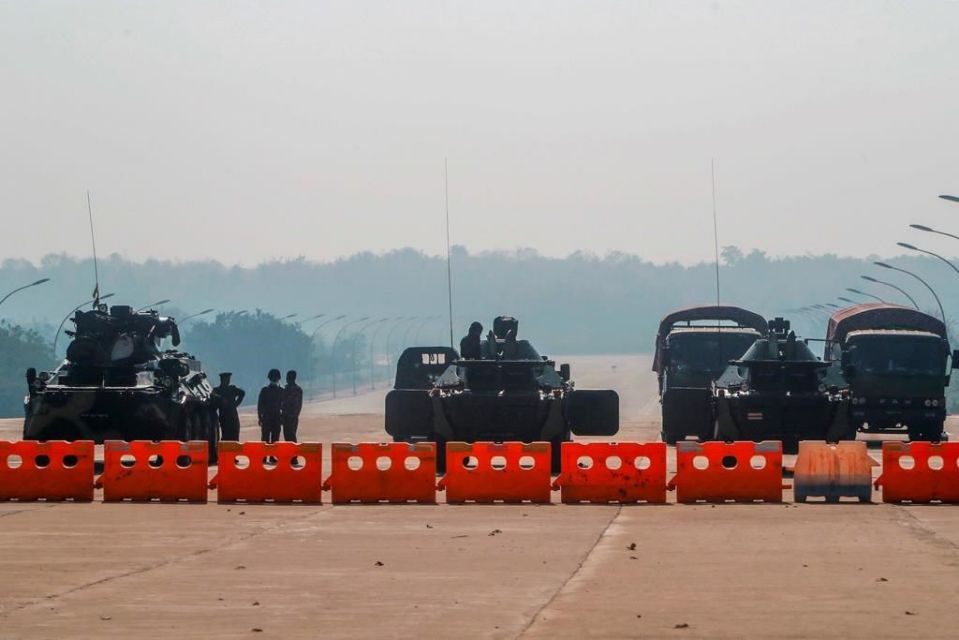 Hundreds of members of Myanmar’s Parliament remained confined in “an open-air detention centre” in the country’s capital on Tuesday, a day after the military seized power and detained senior politicians including elected leader Aung San Suu Kyi.

One of the legislators told the Associated Press news agency he and some 400 other parliament members were able to talk to one another inside their government housing complex and communicate with their constituencies by phone but were not allowed to leave the compound in Naypyidaw.

He said police were inside the complex and soldiers were outside it.

The legislator said the politicians, made up of members of Aung San Suu Kyi’s National League for Democracy (NLD) and various smaller parties, spent a sleepless night worried that they might be taken away.

“We had to stay awake and be alert,” said the legislator, who spoke on condition of anonymity out of concern for his safety.

Another legislator quoted by AFP said she was also “very worried” and described the compound as “an open-air detention centre”. “We are not allowed to go outside,” she said.

The coup took place hours before legislators from across country were due to attend the opening of the new parliamentary session. The military said it had to make a move because the government had not acted on the military’s claims of fraud in November’s elections – in which Suu Kyi’s ruling party won by a landslide – and because it allowed the election to go ahead despite the coronavirus pandemic.

The NLD condemned the coup in a Facebook post on Tuesday and called for the release of Aung San Suu Kyi, President Win Myint and others detained the previous day. The whereabouts of Aung San Suu Kyi and the president remained unknown 24 hours after their arrest.

“We see this as a stain on the history of the State and the Tatmadaw,” the party said, referring to the military by its Burmese name.

An NLD legislator told AFP the pair were under house arrest in Naypyidaw. “We were informed not to worry. However, we are worrying. It would be a relief if we could see photos of them at home,” the legislator said on the condition of anonymity.

The military has now handed power to General Min Aung Hlaing and imposed a state of emergency for a year. Late on Monday, the office of the commander-in-chief announced the names of new cabinet ministers. The 11-member cabinet is composed of military generals, former military generals and former advisers to a previous government headed by former General Thein Sein.

Suu Kyi ‘in their hands’

On Tuesday in Yangon, the country’s biggest city, the streets were quieter than usual but taxis and buses were still running and there were no outward signs of heavy security.

“We want to go out to show our dissatisfaction,” a taxi driver told AFP early on Tuesday morning.

“But Amay Suu (Mother Suu) is in their hands. We cannot do much but stay quietly at this moment.”

The English-language Myanmar Times headlined the state of emergency, while other state-owned newspapers showed front-page photographs of Monday’s meeting of the National Defense and Security Council, which the newly appointed acting President Myint Swe and Min Aung Hlaing attended with other military officials.

The coup is step backwards for Myanmar, which was slowly emerging from decades of strict military rule and international isolation that began in 1962.

The Tatmadaw has maintained that its actions are legally justified – citing a section of the constitution it drafted in 2008 that allows it to take control in times of national emergency. Aung San Suu Kyi’s party spokesman as well as many international observers have said it amounts to a coup.

The takeover marks a shocking fall from power for Aung San Suu Kyi, a Nobel peace laureate who had lived under house arrest for years as she tried to push her country towards democracy and then became its de facto leader after her party won elections in 2015.

Aung San Suu Kyi had been a fierce critic of the army during her years in detention. But after her shift from democracy icon to politician, she needed to work with the generals, who despite allowing elections maintained significant power.

While the 75-year-old has remained popular at home, Aung San Suu Kyi’s deference to the generals — going so far as to defend their crackdown on Rohingya Muslims that the United States and others have labelled genocide — damaged her reputation abroad.

The coup presents a test for the international community, which had ostracised Myanmar while it was under military rule and then enthusiastically embraced Aung San Suu Kyi’s government as a sign the country was finally on the path to democracy.

US President Joe Biden threatened new sanctions, which were lifted during the Obama administration when Biden was vice president.

Biden called the military’s actions “a direct assault on the country’s transition to democracy and the rule of law” and said Washington would not hesitate to restore sanctions.

“The United States will stand up for democracy wherever it is under attack,” he said in a statement.

UN Secretary-General Antonio Guterres called the developments a “serious blow to democratic reforms,” according to his spokesman.

But China declined to criticise anyone, instead calling for all sides to “resolve differences”.

The Security Council will hold an emergency meeting on the coup – probably on Tuesday, according to the United Kingdom, which currently holds the council presidency.