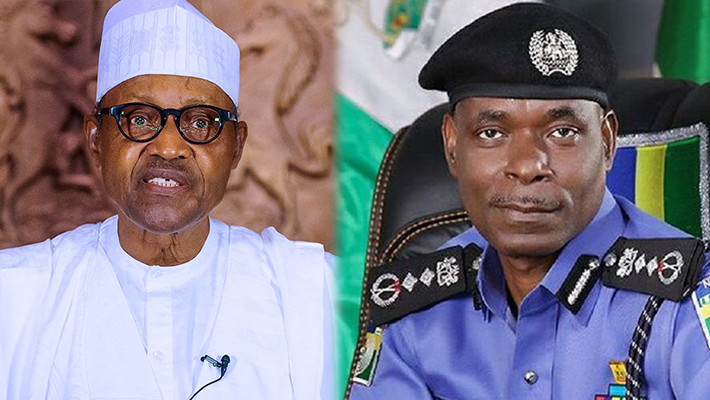 There were strong indications Tuesday night that President Muhammadu Buhari has asked the Inspector-General of Police Mohammed Adamu to hand over.

He was expected to have handed over to the most senior officer at the close of work on Monday, but he did not, fueling the feeling that he might be granted an extension of service.

Tuesday, Adamu was at the Nnamdi Azikiwe Airport to receive President Buhari who returned to Abuja after a four-day trip to his hometown Daura.

It was learnt that the IG was told of his fate after President Buhari’s arrival.

Read Also; No date for appointment of new IGP- Presidency
A top source said: “The IGP has been asked by the President to handover.

“Adamu was waiting for the presidential directive. He would have left on Monday but it will be discourteous to have exited without a clear-cut directive from the President and Commander-In-Chief.

“He may likely handover to the most senior deputy inspector-general of Police. I am aware Adamu was yesterday putting finishing touches to his handover note.”

There were speculations on Tuesday that AIG Zanna Ibrahim might be appointed IGP.

It was learnt that there was jubilation at the Nigerian Police Academy, Wudil, Kano State, Tuesday by some officials of the college.

“He is an egghead, we have been jubilating since we heard of the likely choice.

“We have not seen him but his personal assistant came to his office this evening to clear a few things from his desk, “a lecturer said.

Attempts to speak with Zanna on Tuesday were unsuccessful.

The Special Adviser on Media and Publicity to the President, Mr. Femi Adesina, simply said: “I don’t have any information yet on that (new IGP),” when contacted