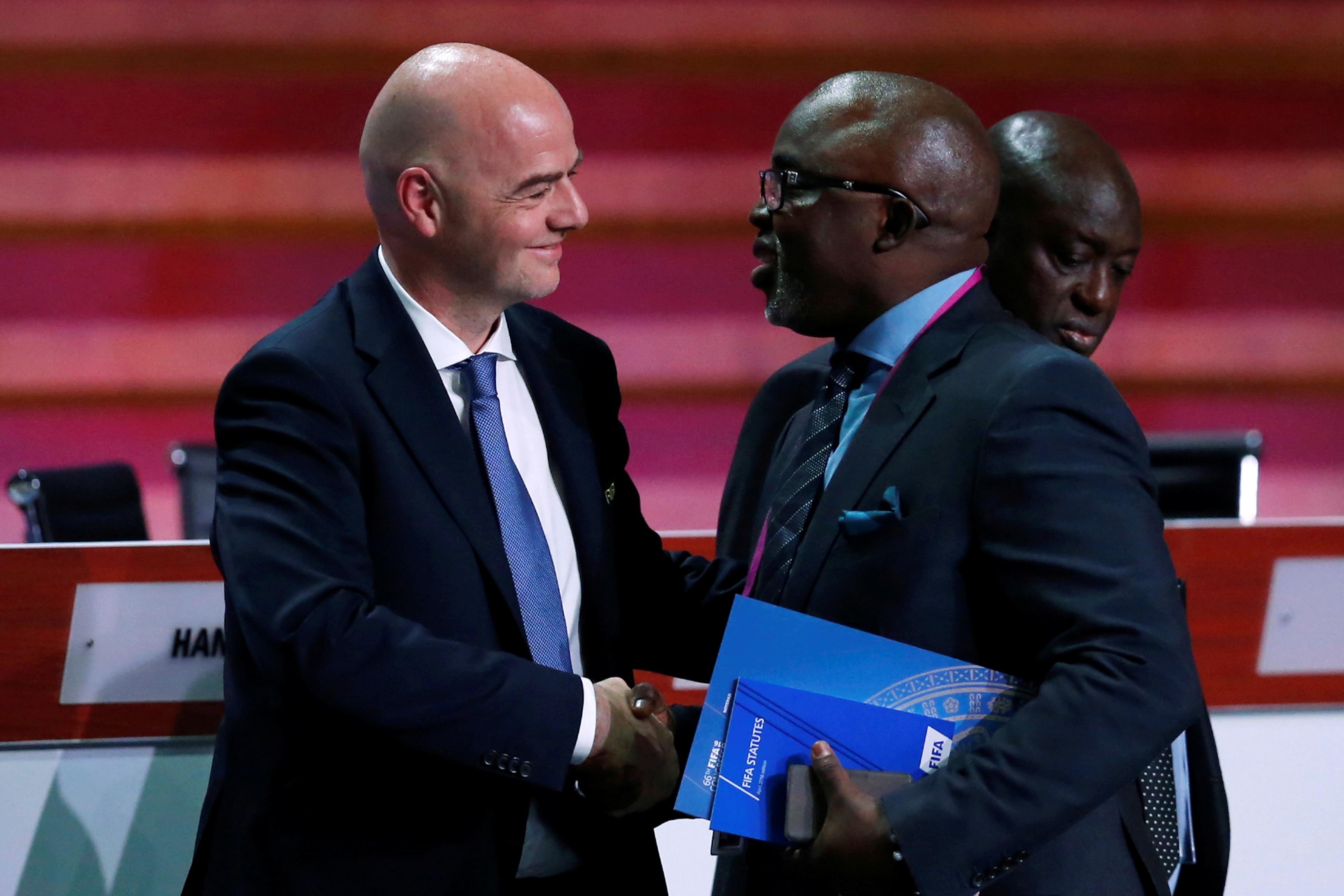 An attempt by a Nigerian to scuttle the ambition of the President of Nigeria Football Federation (NFF), Amaju Pinnick, from seeking a position for the FIFA Council next month in Rabat, Morocco, has been foiled by World football governing body.

Though, Pinnick has been cleared by FIFA Review Committee to contest for the Council seat at the 43rd Ordinary General Assembly of CAF slated for March 12, in Rabat, it was learnt that a Nigerian, in his bid to scuttle the plan, wrote to the Investigatory Chamber of the FIFA Ethics Committees to disqualify the NFF boss.

Among other things, Jalla alleged in his letter that FIFA couldn’t feign ignorance of several allegations of fraud against Pinnick.

However, FIFA has responded to Jalla’s petition, saying it is not obliged to start ethical proceedings.

In a letter from Zurich, Ref. N0: RE21-00012, obtained by The Guardian, FIFA wrote: “We acknowledge receipt of your correspondence and have taken note of the information provided. We wish to express our appreciation for having filed a complaint in the context of art.58 par.1 of the FIFA Code of Ethics (FCE). It is noted that FIFA bears a special responsibility to safe guard the integrity and reputation of football worldwide and your complaint shows your commitment with our values and principles.”

FIFA continued: “Notwithstanding the above, even though you are entitled to file such a complaint in the
context of a conduct considered in compatible with the FCE, it does not follow that you become a party to the proceedings which may result from this claim, as only accused subjects are conceived as such parties (see art.37 of the FCE).

“In sum, and based on your complaint and your initial lack of standing in the potential case, FIFA is not obliged to start ethical proceedings. Further, we need also to clarify that we will not be in a position to provide you with information with regard to your inquiries or regarding the state of the proceedings before the FIFA Ethics Committee (if any).

“However, in the event that we would require any further information, or documents from your part, we will contact you in due course. Also for the sake of clarity, please note that the Chairperson of the Investigatory Chamber may initiate preliminary investigations at her own discretion and at any time.

Finally, and after a careful analysis of a complaint, should the allegation reported here is considered to be an internal matter or, in case it does not fall within the jurisdiction of the FIFA Ethics Committee, the claim may be closed or transmitted to the relevant Member Association or Confederation,” FIFA said.

If Amaju Pinnick wins on March 12 in Rabat, he will become the third Nigerian to seat on the FIFA Council after Etubom Oyo Orok Oyo and Dr Amos Adamu, who had represented the continent on the hallowed chambers of world football governing body.