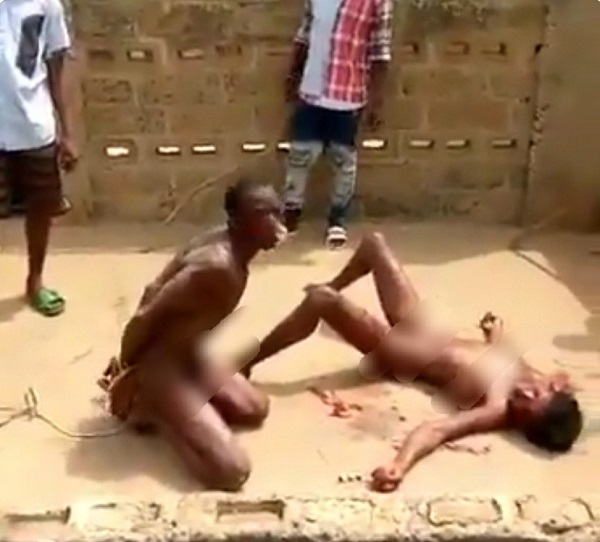 A man has been apprehended while forcing himself on a lady and attempting to pluck out her eyes.

A young man has been apprehended by residents of Oluwatuyi in Akure for allegedly raping a woman and trying to pluck out her eyes.

Nigerian lawyer, Bolanle Cole, took to his Twitter page, @BolanleCole and shared the video of the incident.

The man could be seen receiving the beating of his life from residents.

Also, the victim could be seen lying naked beside her alleged attacker, with blood on the floor beside her body.

She appears weak and unable to move.

Those speaking in the video are heard saying the man raped the woman and was in the process of removing her eyes when he was caught.

The alleged attacker was paraded naked alongside his victim and beaten with a plank on Tuesday, Feb 2, 2021.

Watch the graphic footage below.