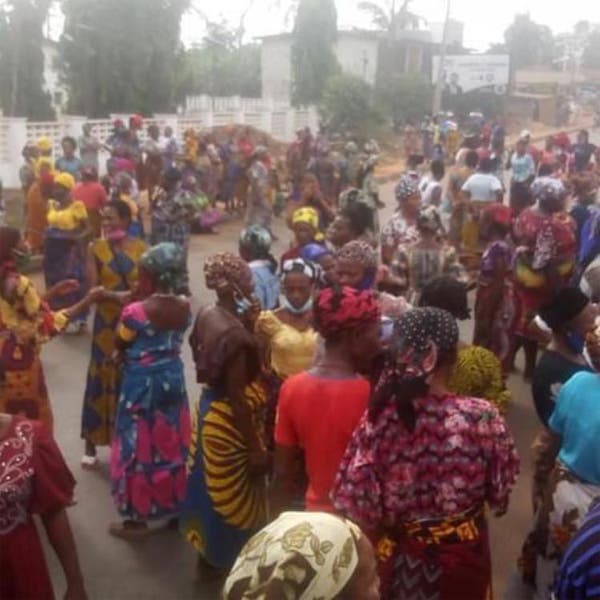 Hundreds of women have taken to the streets of Uromi, the administrative headquarters of Esan north-east local government area of Edo state in protest against Fulani herdsmen in their area.

The women accused the Fulani herdsmen of incessant rape and kidnapping.

With pictures of them chanting, #FulanimustGo, the women said they can no longer go to their farms, due to the fear that they may be killed by herdsmen.

The protesting women who came from the main Uromi town and neighboring villages, assembled in the city centre for the protest.

They later formed smaller groups and blocked major roads in the town, chanting solidarity songs, demanding that Fulani herdsmen must leave their communities.

They further alleged that the hoodlums have virtually taken over their farmlands and have always destroyed their farm produce.

A source in the community who spoke to our correspondent said the protest was peaceful but disrupted the free flow of traffic in the town.

As of the time of filing this report, no official statement has been released by the protesters, nor was it possible to get a reaction from police authorities.