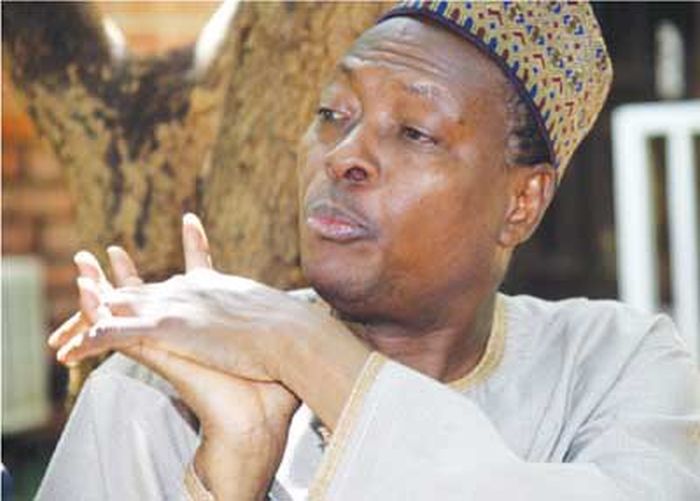 Mohammed said both Tinubu and Atiku has the capacity to govern Nigeria better than Buhari.

The former lawmaker said both the APC and the PDP chieftains were not nepotistic while in government.

Mohammed lamented that Buhari’s appointments has the imprints of those around him.

According to Mohammed: “The problem will be if PDP put him forward, the strength he has in the party now is not what he had during the party’s convention in Port Harcourt.

“Two, it’s an open secret that Tinubu is desirous of contesting the 2023 presidential election. In my view, he has what it takes to contest the election on the platform of APC. For one APC was his own creation, without Tinubu there would be no APC and without the party there would be no Buhari presidency.

“Buhari is not a man who believes in loyalty but he demands it and he is the kind of person who wants to pretend to gett people into serving him till there last breath but has never been loyal to anybody.

“The genesis of this attempt to undermine Tinubu emanates from the Presidency to governors to Ministers. But that those not disqualify him nor would Buhari’s hatred disqualify Atiku.

“Atiku can emerge as candidate of PDP but those not guarantee that he would be the president.

READ  Edo Election: Buhari Should Be Remembered As Father Of Democracy, Says Obaseki

“Both Tinubu and Atiku are better than Buhari. In terms of governance of a country like Nigeria with its landmass and population, we need somebody who is economically literate to govern us. Secondly, we must have somebody who has the necessary knowledge of international affairs.

“In this day and age no country is an island no matter how big you are, you must learn to relate with other country.

“Tinubu has been a governor while Atiku has been a Vice President under one of Nigeria’s most remarkable president though controversial.

“I think Tinubu’s problem will come if he wins the nomination and decide to pick somebody outside the North and a Muslim.

“In the case of Atiku, Northeast is essentially a war zone so conducting a campaign and election in such an area today is a challenge, but he has a history of being rootless so he may pull it off but I don’t know.

“What I said is that any of them who emerges may face these challenges but I hope their strategies would not inflame the polity further than it is already.

“Anyone of them who emerges as president would be better than Buhari I can tell you with all the force at my command.

“Neither Atiku nor Tinubu is a nepotist non of them has the reputation of bringing their relations while in government but in the case of Buhari every major appointment has the imprint of his cronies, friends, families, and to make it worse non of them have done well.”