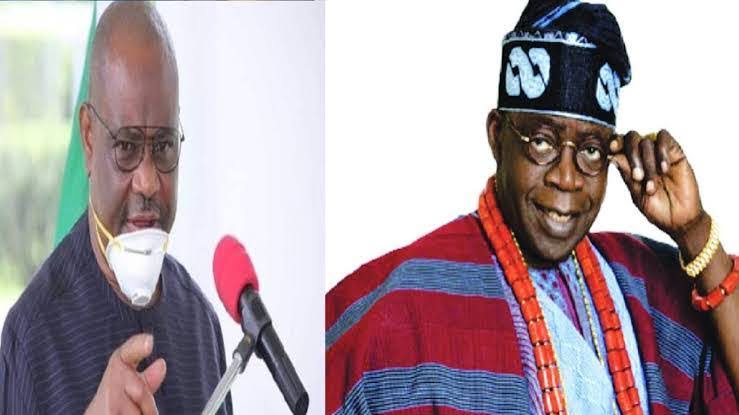 The Executive Governor of Rivers State, Nyesom Wike has advised the national leader of the ruling party, All Progressives Congress (APC) to channel his energy to other profitable ventures rather than to contest for 2023 presidential election.

Wike stated that presidency would be out of reach of his party and himself come 2023 general elections.

This advice was rendered by the Rivers state governor yesterday in Yola, capital of Adamawa state while on an inspection tour of projects being executed by Governor Ahmadu Fintiri.

Wike said with the high performance of Peoples Democratic Party (PDP) governors and alleged failure APC government under President Muhammadu Buhari is recording on daily basis, it is clear that Nigerians would not repeat the mistake of voting a party without direction.

“With the massive development going on in PDP states and the massive corruption going on under APC regime, it is no longer news that PDP is on its way back to chase out invaders and lawfully take over its house and pilot Nigerians to the promised land,” he stated.

“Today, Wike can be the most corrupt governor, but immediately I decamp from PDP to APC, I am no longer corrupt. This means APC is a den for highly corrupt people. These are not my words, I am only quoting APC former national chairman, Adams Oshiomhole. Nigerians are intellectuals, they cannot enter again the boat that capsized with them,” he said.

Wike noted that Nigeria has never been divided like it is being experienced now under APC regime and that insecurity has become a huge industry under the administration of President Buhari.

The governor, who accused media of constitutional betrayal, alleged that under the peaceful government of former President Goodluck Jonathan, media made the world to believe that Nigeria would collapse in the next 24 hours.

According to him, the unholy silence of media at a time that the country is under threat of insecurity, economic collapse midwife by unfocused leadership, poses more danger to the country.

He advised APC leadership to move to Adamawa State and study how to develop people through projects, saying President Buhari could attest to development strides of Governor Fintiri.

Wike urged Fintiri not to be distracted by people he called envious political vultures, but to maintain his tempo of infrastructural development in Adamawa.

“Even I, as governor of an oil-producing state, I cannot construct underground flyover. I wonder where Fintiri is getting his money, but this is what we call, in PDP, determination to achieve. It is a strange word to the APC government. If you ask any of them to define development, that is the end of the discussion,” Wike said.

Fintiri, who commended Wike for the visit, assured the Rivers State governor that he would continue to offer PDP and Adamawa electorate services that would improve their livelihoods.